Don't Miss
Home / Media / LeBron: ‘Once I Get in the Playoffs, I’m Confident Against Anybody’

LeBron: ‘Once I Get in the Playoffs, I’m Confident Against Anybody’ 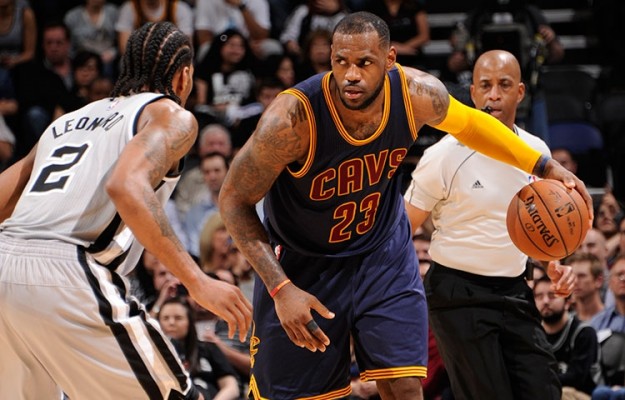 After a tired and disinterested 106-92 loss by the Cleveland Cavaliers (43-26) to the Miami Heat (30-36) on Monday night, head coach David Blatt indicated a clear goal going forward.

“We got to finish in second place (in the Eastern Conference),” said Blatt. “So we’re thinking about that. When and if there is an opportunity to rest guys, we will.”

However, LeBron James, who had one of his more subpar games against his former team, doesn’t seem to share the same mindset as his head coach in regards to playoff seeding.

“The coaching staff, if that’s what they want, but for me, I never play for seeding. I just play,” James said. “And wherever at the end of the season we land, I’m ready. Just get me in the playoffs. Get me in the playoffs, I feel like I can win on anybody’s floor. I feel like I can win at home. I’m that confident in my ability and our team’s ability. So I’ve never in my 12-year career played for seeding. That’s just not how I work.”

He added to a comment he made on March 3rd after a 110-79 demolition of the Boston Celtics, when James first made it clear to the media that he could really care less about where the Cavs finish in the standings as long as they make the playoffs.

When it comes to priorities for the two-time NBA champion, James has a different set of goals for his teammates and himself.

The Cavs will have a perfect opportunity to retain their hard-earned team chemistry and health, as the team will finally return home to Quicken Loans Arena and take on the Brooklyn Nets (27-38) on Wednesday night at 7:00 pm ET.

With Kevin Love expected to return to the lineup after sitting out to rest the previous two games, fans should see a much better team effort than Monday night’s debacle against Miami.

cleveland cavaliersdavid blattfeaturedkevin lovelebron jamesnews ticker
← Previous Story LeBron James Catches Media Taking Semi-Bare Photos of Him in Locker Room
Next Story → Kevin Love: Championship or Not, ‘I Plan on Being a Cavalier Either Way’