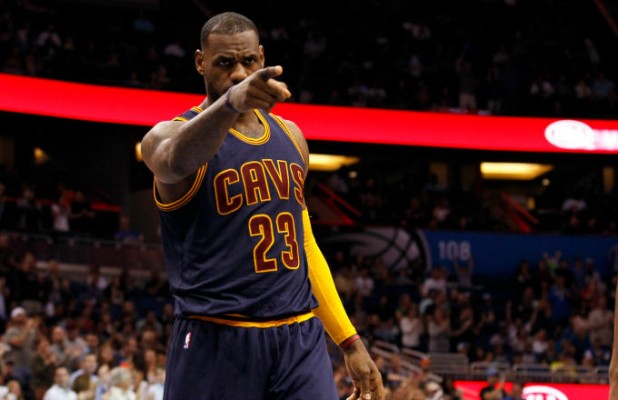 It’s common courtesy. Respect a player’s privacy and give him his space until he’s ready to interact with the media.

One reporter apparently didn’t get the message after the Cleveland Cavaliers’ 123-108 win over the Orlando Magic on Sunday according to Chris Haynes of Cleveland.com.

LeBron James, who had just gotten out of the shower and apparently had nothing on but a towel around his waist, was scrolling through his cell phone and was obviously not ready to address the media. That’s when he looked up and through his peripheral vision, caught one of the media delegates snapping a photo of him while he was semi-bare.

James had a baffled look on his face and called over to a team official. He then said to the media member, “That’s not cool, man. I don’t miss anything.” The member apparently got away after he buried the picture deep in his photo gallery, according to Haynes.

However, following last night’s 106-92 loss to the Miami Heat, two other members of the media wouldn’t be so lucky. Fresh out of the shower once again, James, who only had on a towel, was answering questions for reporters. In the background, two members of the media were in plain sight rapidly snapping photos of James while he was answering questions. This time, officials were able to catch the suspects in the act and remove them immediately from the room.

Apparently, this has been an ongoing issue all-year long and it has gotten so bad that the public relations staff has been forced to announce that still photography will no longer be permitted in the locker room.

When James was informed about the removal of the two members of the press, all he could do was shake his head in disbelief.

featuredlebron jamesmedianews ticker
← Previous Story LeBron James Says He Wants More Rest Down the Stretch
Next Story → LeBron: ‘Once I Get in the Playoffs, I’m Confident Against Anybody’