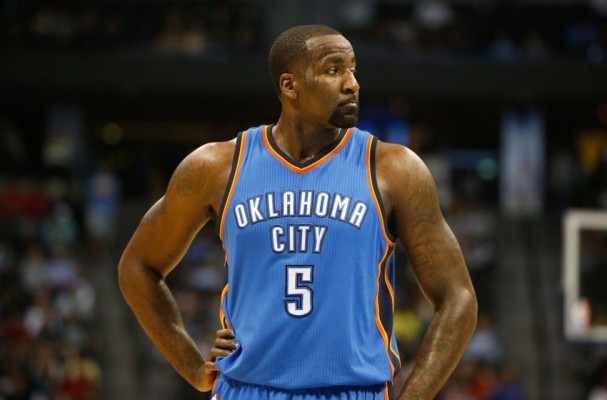 It’s official. Kendrick Perkins has agreed to sign with the Cleveland Cavaliers after finalizing a buyout with the Utah Jazz according to ESPN.com.

Perkins was sent to the Jazz on Thursday in a three-team deal involving the Oklahoma City Thunder and Detroit Pistons and was expected to be bought out immediately after.

Other teams involved in the bidding for Perkins were the Chicago Bulls, Los Angeles Clippers, New Orleans Pelicans, and San Antonio Spurs, with the Cavs being “strong” frontrunners.

According to a source, LeBron James was heavily involved in recruiting the 6’10” center to the Cavaliers.

The Land welcome my bro as well as my muscle(LOL) @KendrickPerkins to the city with open arms! Happy and thrilled to have u aboard homie!!