Cavaliers vs. Hornets Game Preview: Cavs Look to Get Back to Winning Ways 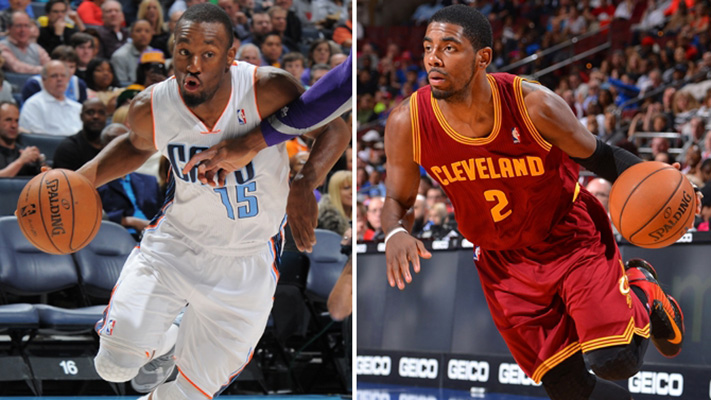 After failing on the road against the Oklahoma City Thunder and New Orleans Pelicans, the Cavs have surely enjoyed their rest since playing four games in five nights last week. A little home cooking couldn’t hurt, either.

The new-look Cavs had to play their first game without LeBron James (left knee soreness) last Thursday, falling to Kevin Durant and the Thunder, 103-94. ‘Bron returned the next night and posted a season-high 41 points against the Pelicans, but the Cavs still came up short 119-114.

“I’ve been fortunate enough not to have any major injuries, and hopefully I can continue to do that,” LeBron told reporters after practice on Sunday about his hurt knee.

At home, at least lately, Cleveland has been a force. The Cavs are riding a five-game win streak in Quicken Loans Arena, averaging over 15 more points than their opponents during that stretch.

The Hornets are enduring an abysmal 3-14 stretch. Led by center Al Jefferson and point guard Kemba Walker, Charlotte allows 8.5 made 3-pointers per game, sixth worst in the NBA.

However Jefferson, who is averaging 19 points and eight rebounds per game, usually plays Cleveland well. In his last six games against the Wine and Gold, the former first round pick has tallied 24.2 points and 11.6 rebounds per contest.

Before the recent losses and during the Cavaliers’ eight-game win streak, Cleveland gave up 100 or more points only twice. After allowing 119 points last game to the Hornets, Cavs head coach David Blatt must figure out a way to get James and company to recommit on defense, especially in the painted area. Cleveland is seventh worst, allowing opponents to score 44.5 total paint points per game.

“Obviously the last game was a bad defensive performance,” Blatt said. “There are some games during the season in the NBA when maybe physically you don’t have it . . . Those are the times that mentally you’ve gotta make every effort to make up for that.”

Including the injury to LeBron’s knee, the Cavaliers return to Cleveland a battered team. James joins Kyrie Irving (knee), Dion Waiters (abdominal pain) and Matthew Dellavedova (flu-like systems) as being officially ‘day-to-day’ on the injury report. Mike Miller will miss his sixth straight game with a concussion.

Charlotte is 1-9 on the road so far this season. Cleveland has won eight straight games against Eastern Conference opponents, but the Hornets have beaten the Cavaliers five straight times.

The Cavaliers are seventh in scoring (103.5 points per game) and fourth in offensive efficiency.

Hornets’ assistant coach, and Cleveland legend, Mark Price was recently passed by King James for most made three-pointers in Cavs franchise history.