7 Reasons Why Kyrie Irving is Better than Russell Westbrook 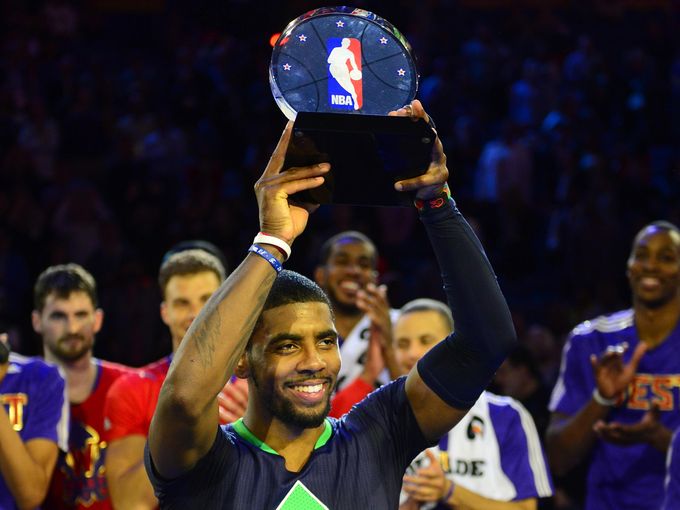 It’s a bold statement, we know. However, with most of the media clamoring that Oklahoma City Thunder point guard Russell Westbrook is a better player than Kyrie Irving, we had to interject. Although Westbrook is easily one of the top five point guards in the league today, we think the 22-year old Irving has already established himself as the better player.

Here are seven reasons why Kyrie Irving is already better than Russell Westbrook:

Now, although Russell Westbrook may have more postseason experience than Kyrie, when it comes to individual achievements, “Uncle Drew” has Westbrook beat. Through three seasons (2011-2014), Irving already has a Rookie of the Year award, an All-Star Game MVP, an Olympic Gold Medal, and was the winner of the 2013 Foot Locker Three-Point Contest. Although Westbrook has two gold medals himself (one in 2010 and one in 2012), Irving was a much more integral part of his squad as he beat out other elite guards such as John Wall to earn a spot on the roster. Irving was the starting point guard and averaged 12.1 points and 3.6 assists on Team USA.