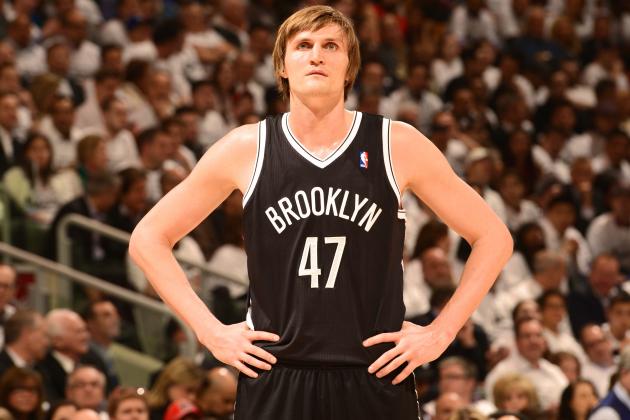 Its no secret that the Cleveland Cavaliers have been in the market for another small forward. Recently, a flurry of reports have been released linking the Cavs front office to Brooklyn Nets small forward Andrei Kirilenko. Earlier in the season, the 13-year vet was in the midst of trade rumors that would’ve landed “AK47” with the Philadelphia 76ers.

It should be noted that since the Friday, Nov. 21st matchup against the Oklahoma City Thunder, the 6-foot-9 inch forward has been away from the team dealing with family matters in New York. His family matters are making a trade impractical for the foreseeable future. Outside of the Cavaliers, the other contender in the race for Kirilenko is the Los Angeles Clippers. Both teams could use the services of a versatile wing player that possesses Kirilenko’s scoring ability. The Cavs in particular could use a more efficient backup to LeBron James.

The problem is, its hard to see what the Cavs would give up in exchange for a 33-year old Kirilenko. On a Cavalier bench with an average age of 28.3, it seems like the team would want to get younger instead of the opposite. Kirilenko is making more than $3 million dollars this year too, which is a lot for a team already up to its neck in spending. There are cheaper options for what the Cavs are looking for right now as well. The main asset Kirilenko brings to any team would be his defensive prowess. Once again, his uncertainty regarding the status of his family situation makes any trade talk regarding the forward mere speculation for the time being.

The soonest you may see a move for Kirilenko would realistically be around the trade deadline. With such a wide time frame, this gives the Cavs the option to explore other options like Corey Brewer of the Minnesota Timberwolves. On the other hand, if the team had to wait until February to make a move, the chemistry on the team may have clicked well enough to the point where the front office may not want to make a move. Though General Manager David Griffin maintains a strong reputation for working the phones tirelessly, the Northeast Ohio Media Group describes the Cavs monitoring of the Kirilenko situation in Brooklyn simply as “due diligence.” With this in mind, these rumors may not be a whole lot to look into right now. In the meantime, we hope that he can work out the family turmoil that’s currently keeping him away from the Nets.