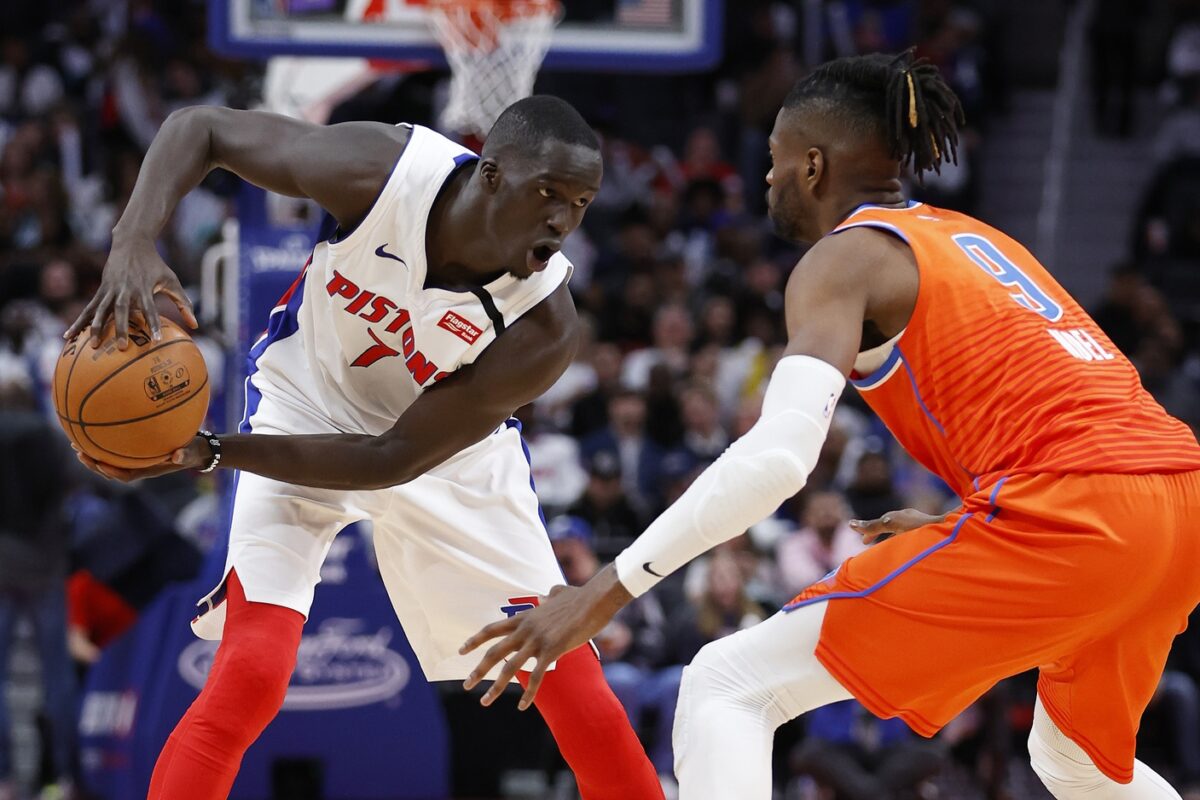 The 7-footer recently described his attitude to attain a roster spot with the Cavs.

“You have to come in with hunger and that’s my mentality,” Maker said Sunday. “Nothing is ever given, period. Even being the top 10 pick it wasn’t given as well. I’m not coming in thinking I’m a top 10 now. I’m coming in aggressive like I was when I was a first year. I’m approaching it as if I just came out of college. Like I spent my last four years in college so that’s like my mentality here now and you know, just play as hard as I can, and whatever happens, happens. I always trust in my work ethic.”

The Milwaukee Bucks selected Maker with the No. 10 pick in the 2016 NBA Draft.

Unfortunately, the former lottery pick hasn’t lived up to the hype. He’s played for the Bucks and Detroit Pistons.

The international standout collected 4.7 points and 2.8 rebounds for the Pistons last season. He started in 14 games in Detroit last season.

The 23-year-old has a history with Cavs center Andre Drummond, who played in Detroit for his whole career before getting shipped to Cleveland last season.

The Cavs were the worst team in the Eastern Conference. They have missed the playoffs by far for the last two years.