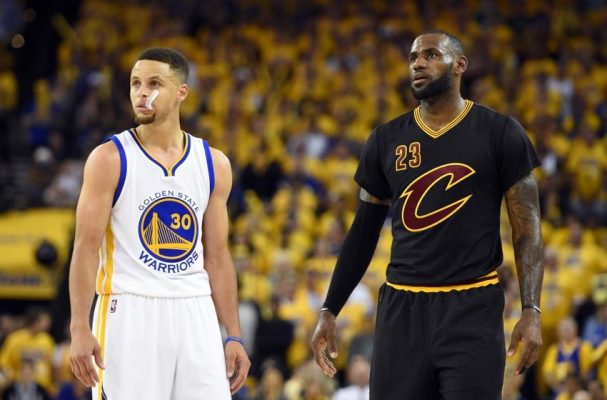 On a recent episode of the “Road Trippin’” podcast, Los Angeles Lakers star LeBron James said that the 2016 Golden State Warriors woud’ve beaten the 2016 Cleveland Cavaliers in a setting like the recent NBA bubble in Orlando, Fla.

James, 35, competed as a member of the Cavaliers against the Warriors in the 2016 NBA Finals.

The Cavs were down 3-1 in the championship series before James took matters into his own hands. The four-time MVP willed the Cavs from their deficit to overthrow the Warriors in historic fashion.

In the 2016 NBA Finals, James collected 29.7 points, 11.3 rebounds, 8.9 assists, 2.6 steals and 2.3 blocks per game. The superb performance cemented the veteran’s status as one of the greatest players of all time.

However, even James believes he wouldn’t have been able to power the Cavs through the Warriors had they been in the bubble.

The forward’s Lakers were stuck in the bubble for over three months. Players were not allowed to leave the grounds unless there was an emergency due to the nature of the coronavirus pandemic.