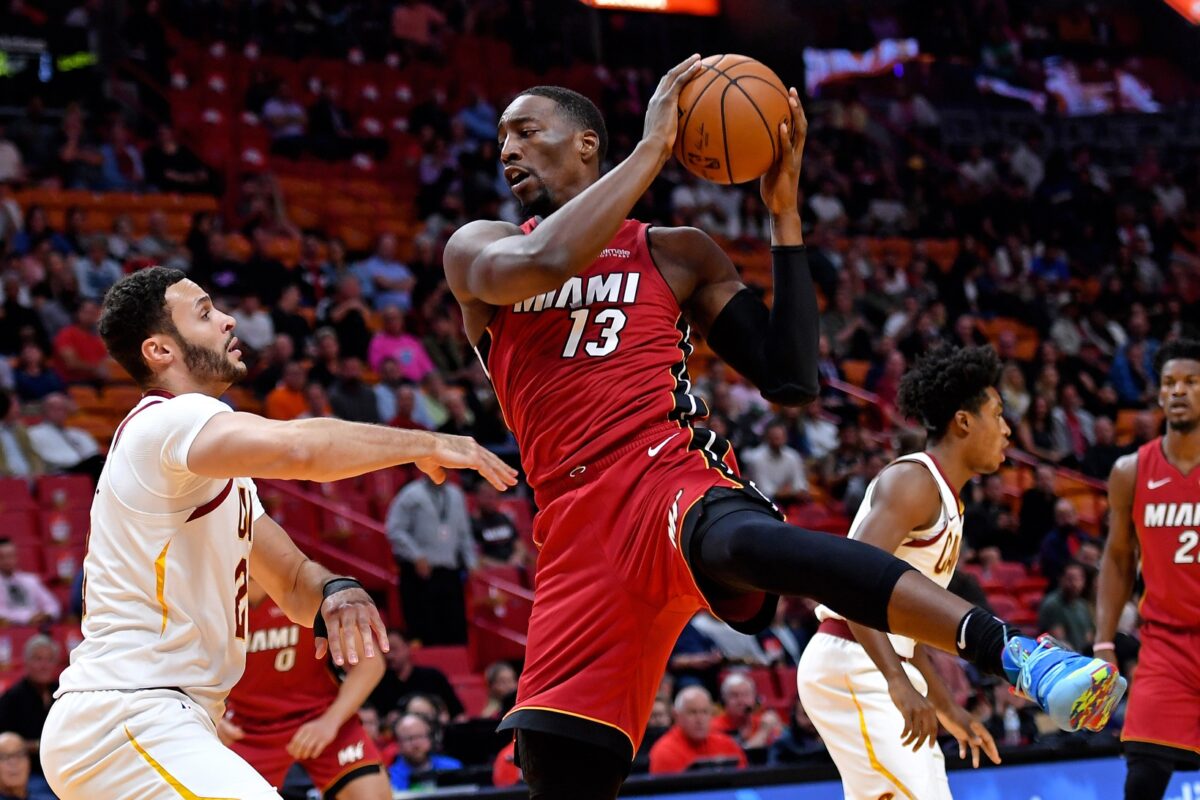 On Tuesday, it was announced that rising NBA stars Bam Adebayo and Brandon Ingram had signed max salary extensions to remain with the Miami Heat and New Orleans Pelicans, respectively.

Cleveland Cavaliers big man Larry Nance Jr. gave both of them a hearty congratulations on social media for securing their respective bags. 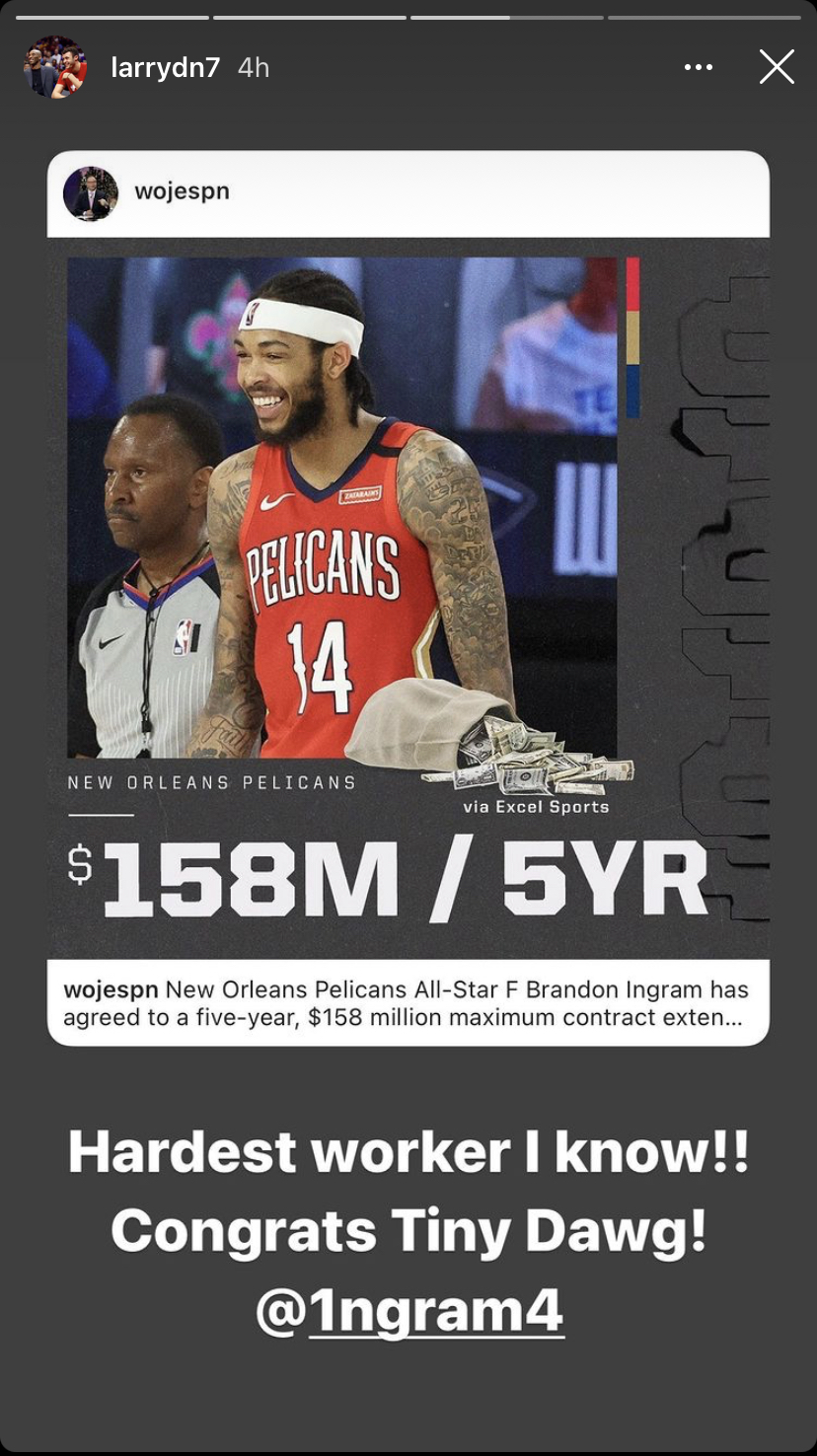 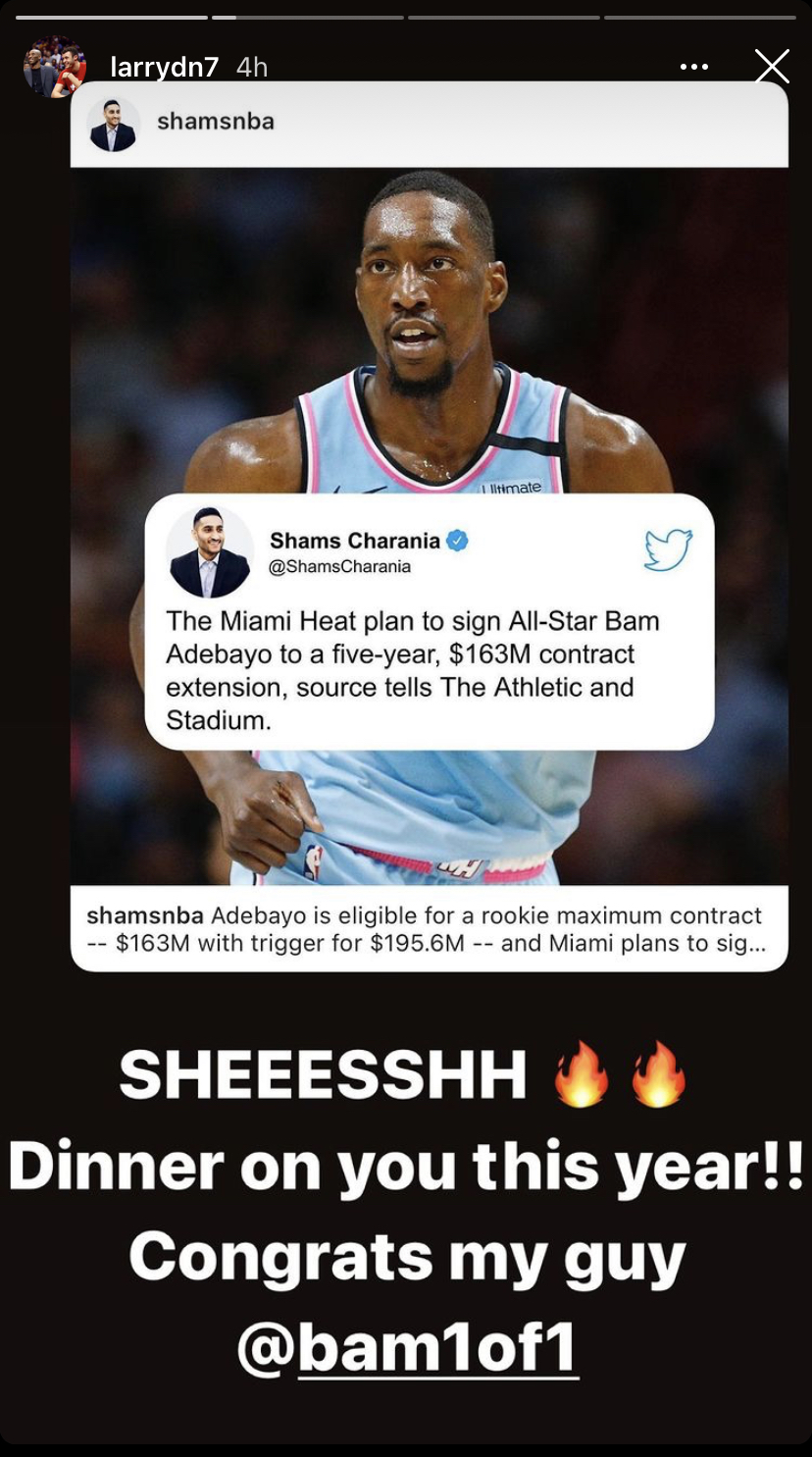 Abebayo had something of a breakout season for the reigning Eastern Conference champs. He averaged 15.9 points, 10.2 rebounds and 5.1 assists per game this past season while helping the Heat surpass all expectations.

Ingram has been gradually emerging and improving the past few seasons, but in the 2019-20 campaign, he arrived as a bonafide star. He put up 23.8 points and 4.2 dimes a game while hitting 39.1 percent of his 3-point attempts.

Both Adebayo and Ingram were named to the NBA All-Star Game for the first time this past season.

Of course, the Cavs are hoping that young guard Darius Garland will reach a similar level within a couple of years and secure the bag himself as a franchise player.