On Sunday, Alex Trebek, the longtime host of the popular game show “Jeopardy!” passed away at the age of 80.

President Donald Trump has been mentioned among the candidates to replace Trebek, but Cleveland Cavaliers big man Kevin Love hates the idea. 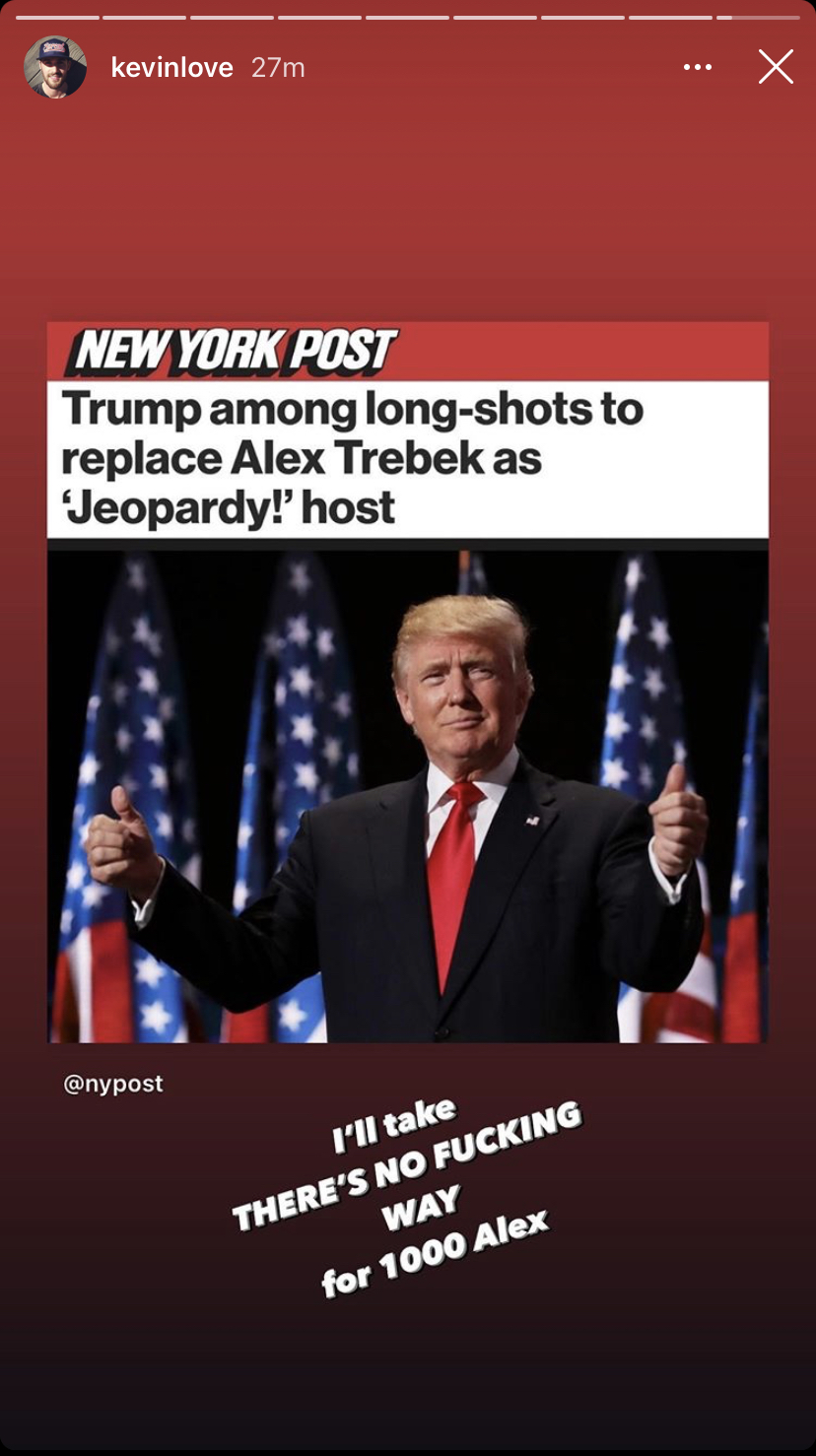 Now that Trump is projected to lose his bid for a second term, he may be in a position where he’ll need to find something constructive to do with his life moving forward.

Trebek became the host of “Jeopardy!” in the fall of 1984 when it returned to the airwaves. Previously, Art Fleming was its emcee during its first iteration.

In the 1970s, Trebek, a Canadian native, had hosted a few other game shows.

Love doesn’t seem to be a fan of President Trump. He threw shade at Trump during the former real estate mogul’s first presidential debate against President-elect Joe Biden.

Once Biden was projected to win the election, Love pleaded with him on Twitter to help the nation heal after a disastrous 2020.