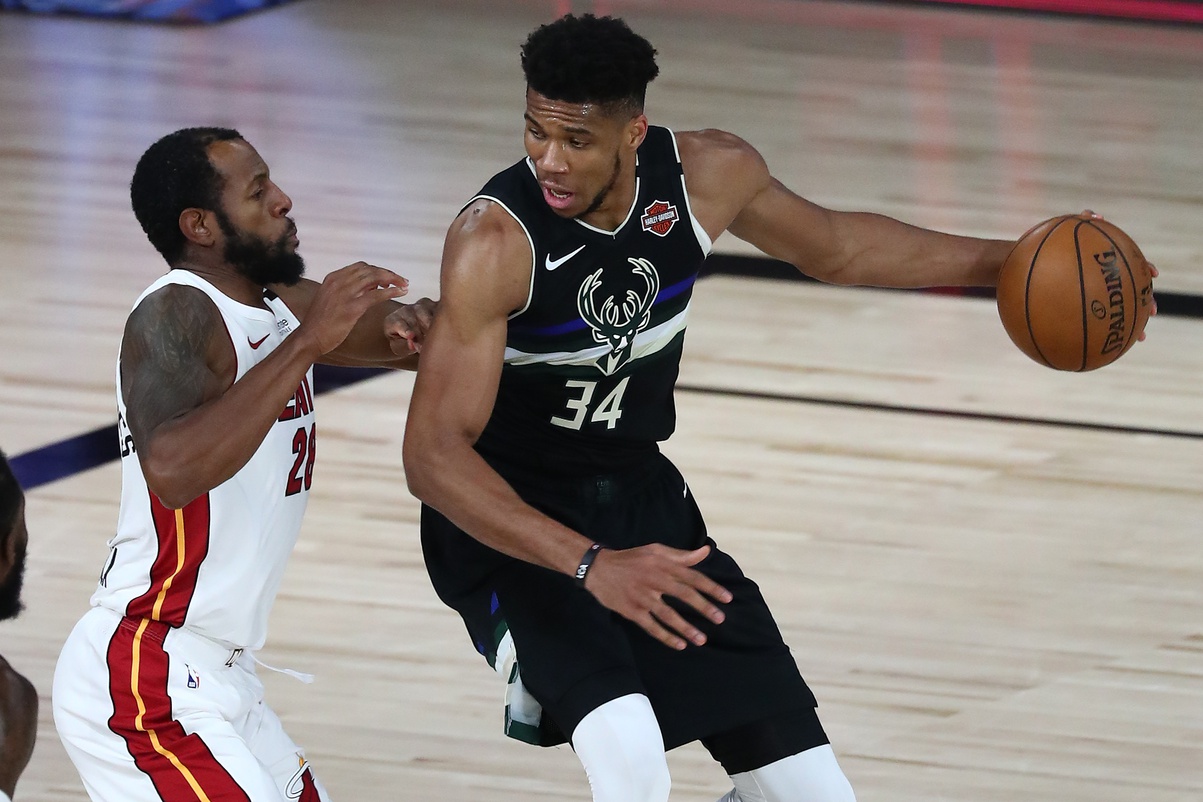 The Milwaukee Bucks’ Giannis Antetokounmpo may be the favorite to win his second straight MVP award, but his stock seems to be falling as his team has fallen behind 0-2 to the Miami Heat.

In fact, former Cleveland Cavaliers forward Richard Jefferson feels that the Greek Freak may not even be a true No. 1 option.

Giannis might be a Pippen…. there I said it! He needs his Jordan. pic.twitter.com/L89DG9JjHD

There’s no doubt that Antetokounmpo is a unique player and force to be reckoned with. With his elite speed, explosiveness and 6-foot-11 frame, he could be called a leaner but taller version of a young LeBron James.

Unlike James however, Antetokounmpo has yet to show that he will take over playoff games and carry his team to big victories.

In both Bucks losses, he has come up small, while Heat All-Star Jimmy Butler has played tall.

In Game 1, Butler had 40 points, including 15 in the fourth quarter to help Miami pull away for a 115-104 win, while Antetokounmpo had just 18 points.

At the end of Game 2 with the score tied at 114, Antetokounmpo fouled Butler on a jump shot attempt with no time remaining. Butler calmly made both foul shots to secure the victory.