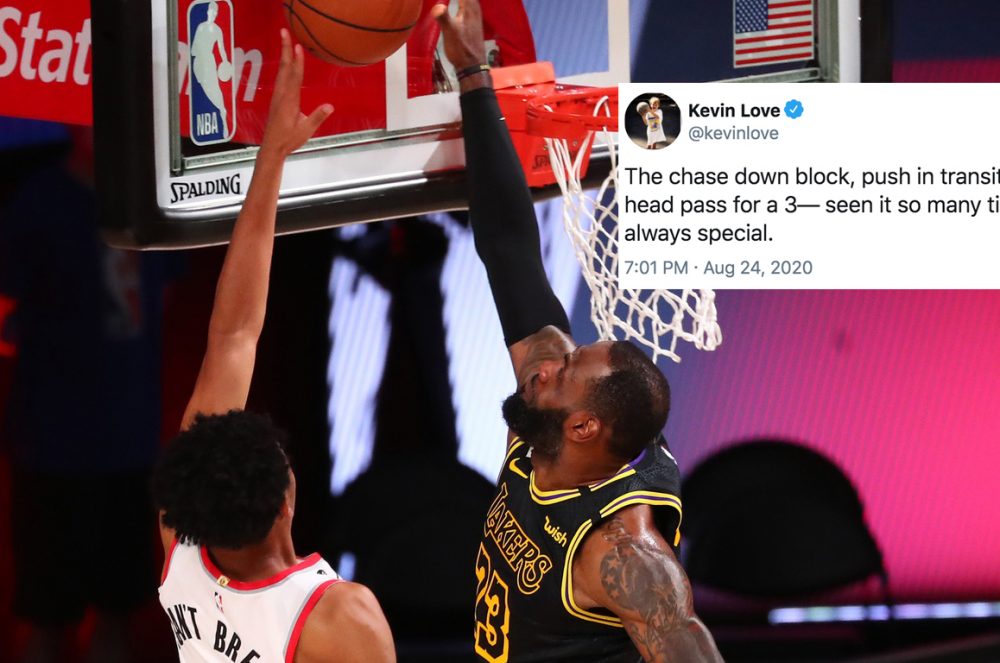 Ever since leaving the Cleveland Cavaliers in 2018, LeBron James has turned the Los Angeles Lakers into a modern-day version of the Showtime Lakers of the 1980s.

Kevin Love, his former teammate in Northeast Ohio, used to have a front-row seat to James’ open court skills, and he complimented James on social media for taking full advantage of them in L.A.

The chase down block, push in transition, 2 hand over the head pass for a 3— seen it so many times from Bron but it’s always special.

When the Akron, Ohio native made his move to Southern California, the Lakers were in the midst of the worst stretch in franchise history, as they had missed the playoff for five consecutive seasons.

After an injury-riddled first season in L.A., James and his new co-superstar Anthony Davis have remade the Lakers into title contenders.

Not only are the Lakers a powerhouse, they’re also one of the most fun teams to watch in the NBA, as they finished the regular season second in fast-break points per game.

In their Game 4 win over the Portland Trail Blazers on Monday, they scored 25 points in transition and 135 overall, making it their highest scoring output in the playoffs since 1987.

James had a hand in both big numbers with 10 assists, as well as 30 points on 10-of-12 shooting from the field.

It’s something he did with regularity during his 11 seasons in Cleveland, five of which culminated in trips to the NBA Finals.