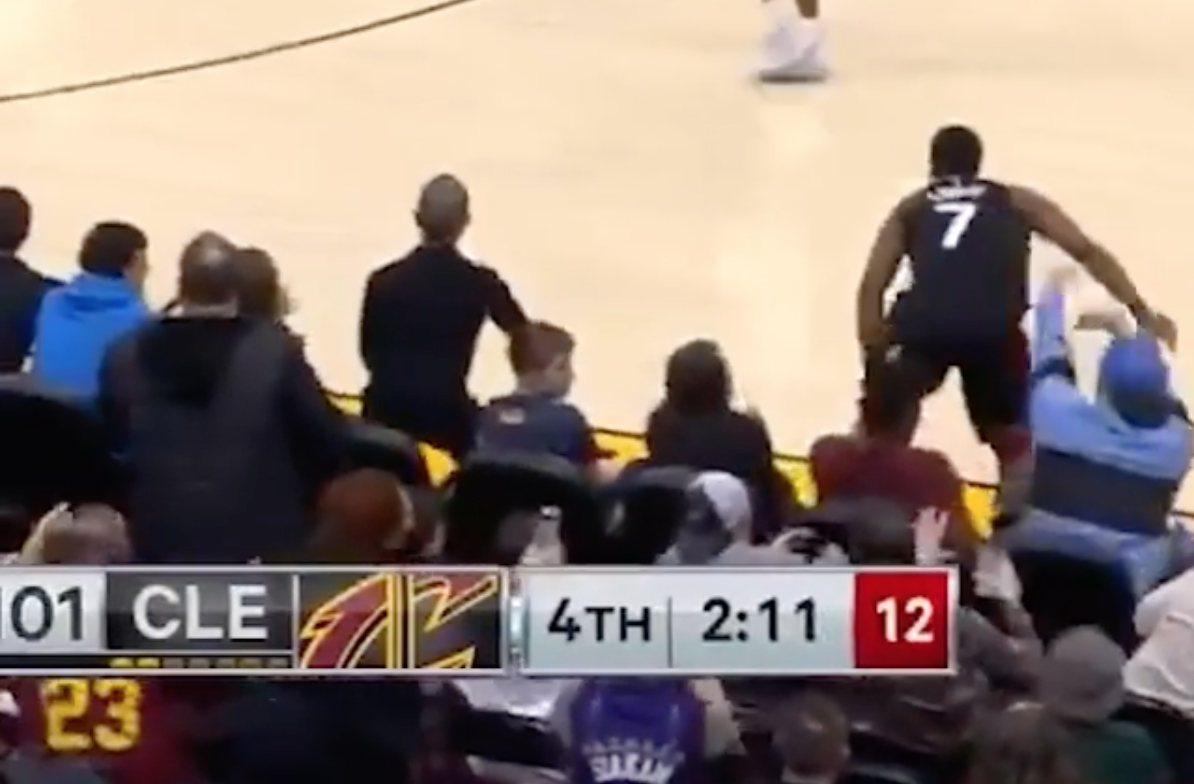 Kyle Lowry is calling for a ban on the Cleveland Cavaliers fan who shoved him in the back during the Cavs-Toronto Raptors game on Thursday.

With 2:13 left in the fourth quarter, Lowry saved a Raptors possession when he dove for the ball and into the laps of a couple of fans seated courtside. The Raptors guard was furious and appeared to say something in the direction of the man who pushed him from behind.

Kyle Lowry appeared to have been pushed by a fan here after diving into the stands for a loose ball. (via @raptors)

“You’re diving for a loose ball and a fan’s pushing you, it’s unbelievable,” Lowry said. “Our fans, our NBA fans, shouldn’t be represented by people like him. It’s the second time it’s happened to me and it’s kind of getting crazy because next time it happens I don’t know it (sic) I’ll be able to control myself and hopefully I will. I couldn’t really react because I was in mid-play, but it will come up. Fans like that shouldn’t be in our buildings, in our arenas.”

Pending a review by the organization, the Cavs fan could receive disciplinary action for his behavior.

“A Cavs spokesperson wasn’t willing to discuss a potential punishment for the fan yet,” wrote Cleveland.com’s Chris Fedor. “The organization wants to review the video, from different angles if possible and in conjunction with the NBA, before commenting further. But an indefinite ban is possible, especially if it’s deemed malicious. The Cavs won’t tolerate that kind of behavior and will look to find the fan or account holder.

“One source said ‘it didn’t look good from the first angle’ and they could view it in a similar light as a fan stepping onto the court, which is against arena policy.”

This isn’t the first time that this has happened to Lowry, who was recently announced as an All-Star for the sixth time in his career.

During Game 3 of the 2019 NBA Finals, Lowry was also shoved by a fan, one who had deep pockets. Golden State Warriors investor Mark Stevens was fined $500,000, as mandated by the franchise and the league, for his misconduct on the court.

Aside from the fine, Stevens was banned from attending team activities for the entirety of the 2019-20 season including the playoffs.