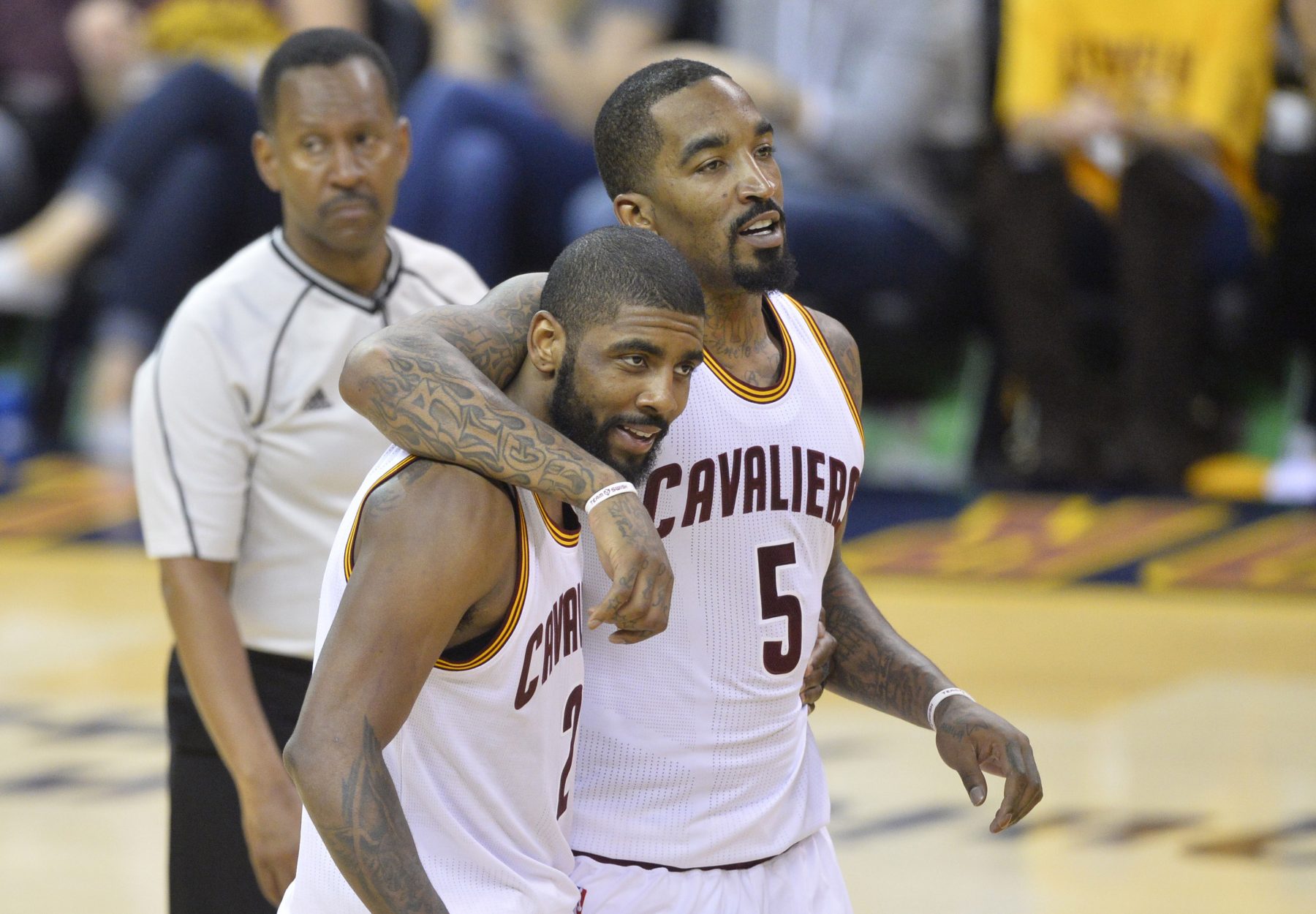 Kyrie Irving has purportedly acted up on his new team very early in the 2019-20 season, and it appears as though one of his former Cleveland Cavaliers teammates was surprised it came so soon.

J.R. Smith commented on a Bleacher Report Instagram post that echoed a report from Jackie MacMullan of ESPN. Based on his reaction, Smith seemed somewhat surprised that Irving is already displaying his moodier side. 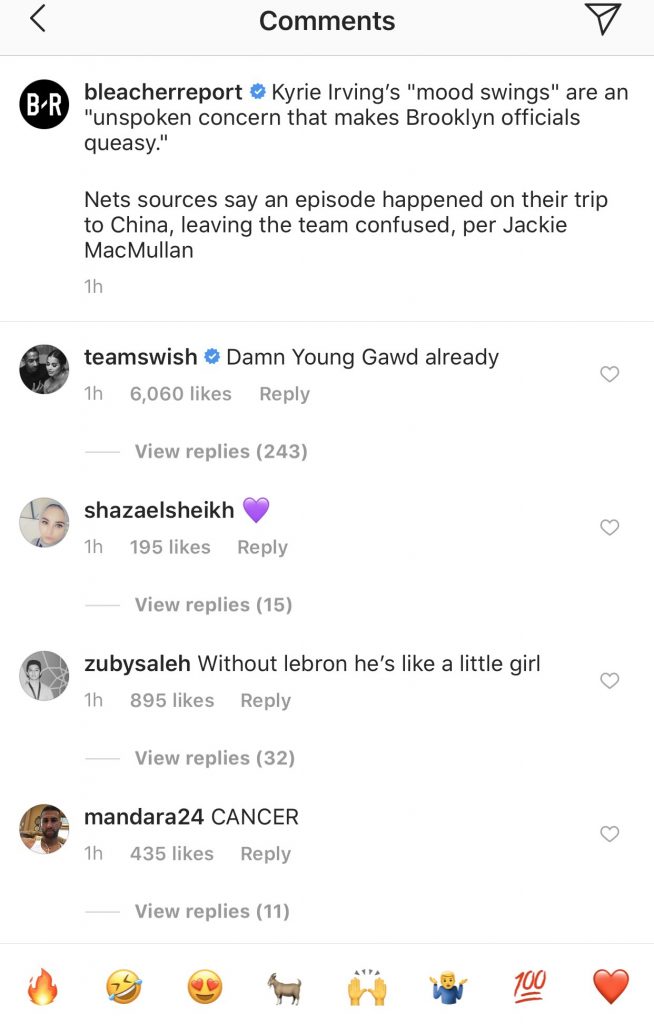 According to MacMullan, an Irving mood swing happened during the Brooklyn Nets’ trip to China to face the Los Angeles Lakers in a couple of exhibition games a few weeks ago.

“Yet Irving’s infamous mood swings, confirmed by his ex-teammates, which followed him from Cleveland to Boston to Brooklyn, are the unspoken concern that makes Nets officials queasy,” MacMullan wrote. “When Irving lapses into these funks, he often shuts down, unwilling to communicate with the coaching staff, front office and sometimes, even his teammates. Nets team sources say one such episode occurred during Brooklyn’s trip to China, leaving everyone scratching their heads as to what precipitated it. There’s hope that [Kevin] Durant will be able to coax his friend into a better frame of mind. But when presented with that scenario, KD says he will be hands off.”

Irving is one of the most talented and celebrated guards in the NBA, but his temperament could be holding him back from greatness. As good as he is, the 27-year-old point guard has only been a member of an All-NBA team twice and he has never been on the All-NBA First Team in his eight years in the league.

It remains to be seen how Irving responds to the report from MacMullan.

brooklyn netscleveland cavaliersfeaturedJ.R. Smithkyrie irvingnews ticker
← Previous Story Kevin Love Gushes About Darius Garland: ‘He Has a Chance to Be a Really Great Playmaker’
Next Story → Kevin Love and Tristan Thompson Embracing Leadership Roles for Cavs: ‘It’s on Us’