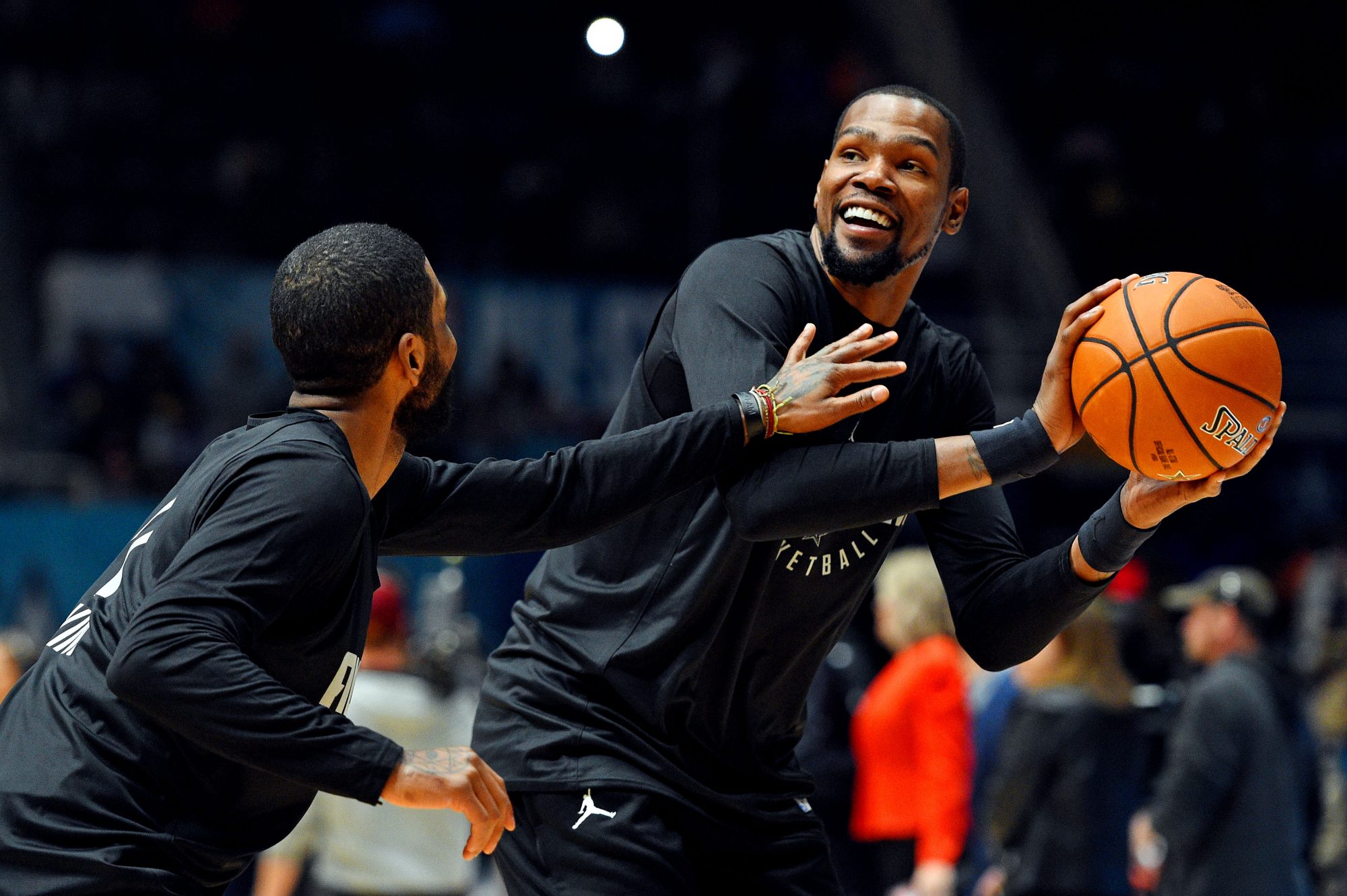 Kevin Durant, one of the most misunderstood athletes in team sports, opened up recently, saying that his closest friend in the league is none other than Kyrie Irving.

Durant shared his thoughts and feelings about the NBA to the Wall Street Journal‘s J.R. Moehringer. The former MVP left the Golden State Warriors this offseason to join Irving on the Brooklyn Nets.

Interestingly, despite spending three years with the Warriors, he didn’t necessarily feel that he belonged on that team.

Though he said all the right things while he was in Golden State, Durant knew that there was something different about him, and the media played a huge part in isolating him from the rest of the Warriors.

“As time went on, I started to realize I’m just different from the rest of the guys,” Durant added. “It’s not a bad thing. Just my circumstances and how I came up in the league. And on top of that, the media always looked at it like KD and the Warriors. So it’s like nobody could [give] a full acceptance of me there.”

When he mentioned Irving, however, Durant called the former Cleveland Cavaliers guard his “best friend in the league.” Though they played on opposite teams, it appears that the two players have a more friendly relationship off the court.

Now that they’re both with the Nets, their friendship should help in developing their on-court chemistry once Durant is fully recovered from the Achilles injury he suffered in Game 5 of the 2019 NBA Finals.

But unless Durant can miraculously come back before the playoffs, Irving will be carrying much of the leadership and scoring load for the Nets for the 2019-20 season.