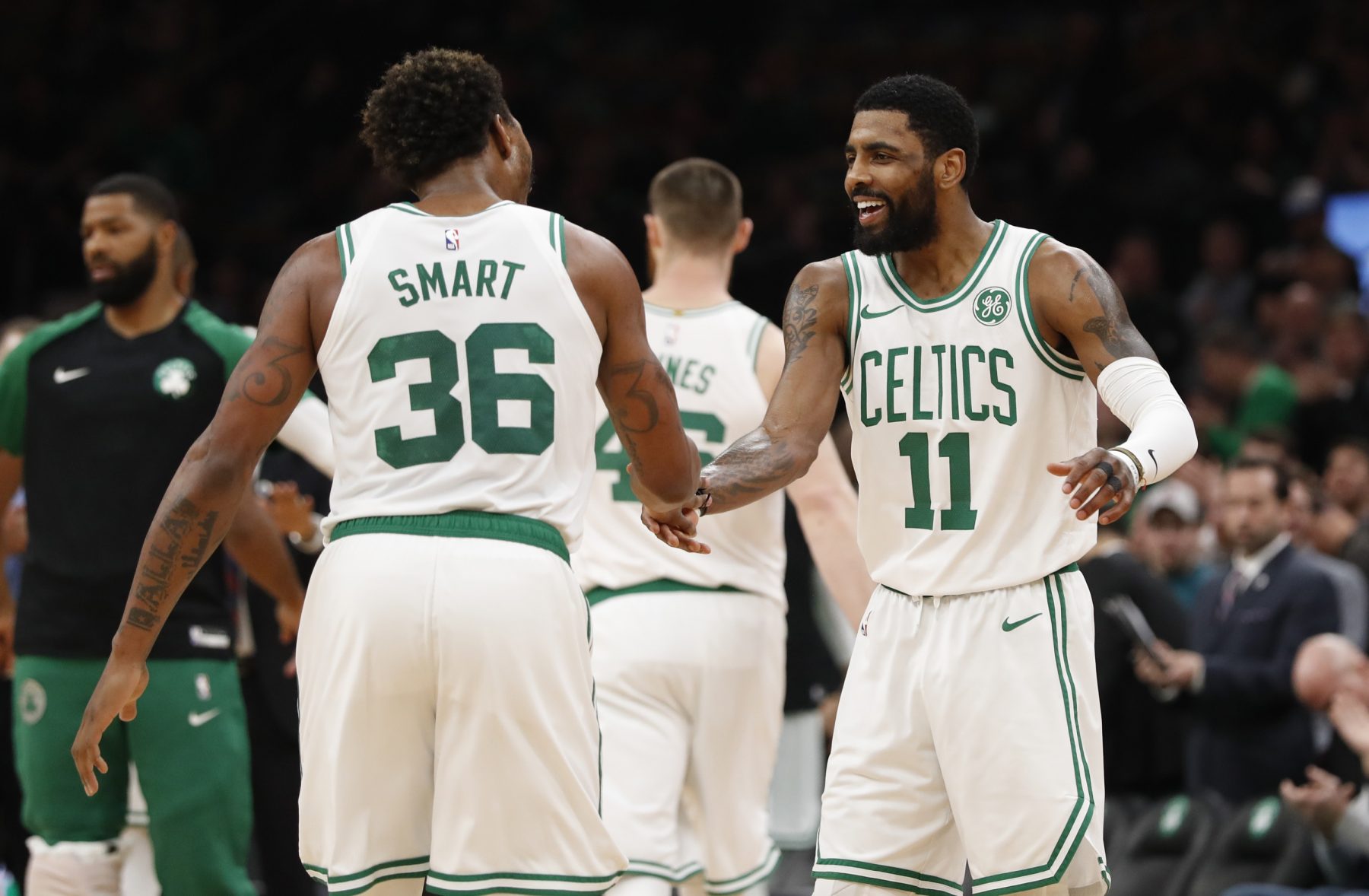 A year ago, coming off a trip to the Eastern Conference Finals in which they took the LeBron James-led Cleveland Cavaliers to the final minutes of Game 7, the Boston Celtics had a bright outlook.

But even though most pundits were picking them to reach the 2019 NBA Finals, they fell well short of expectations by winning just 49 games and losing in the second round of the playoffs to the Milwaukee Bucks, four games to one.

Although Kyrie Irving played well statistically, Marcus Smart, one of his former teammates in Boston, feels like the former Cavalier didn’t pull enough of his own weight.

The @celtics guard set the record straight on Boston's dysfunction and how the blame isn't all on Kyrie Irving. (via @rachel_nichols, @nbaonespn)

At the same time, Smart made it clear that the blame didn’t completely fall on the shoulders of Irving.

“Let me make this be clear, we, not just me, the world, even Kyrie knows, he didn’t play up to the standard that he wanted to,” said Smart.

“There’s four other guys out there with him. There’s a coach out there. We’re all supposed to be one team, so you just can’t just put the blame on one guy because there’s things that everybody could’ve done better to not just help Kyrie but help each other.”