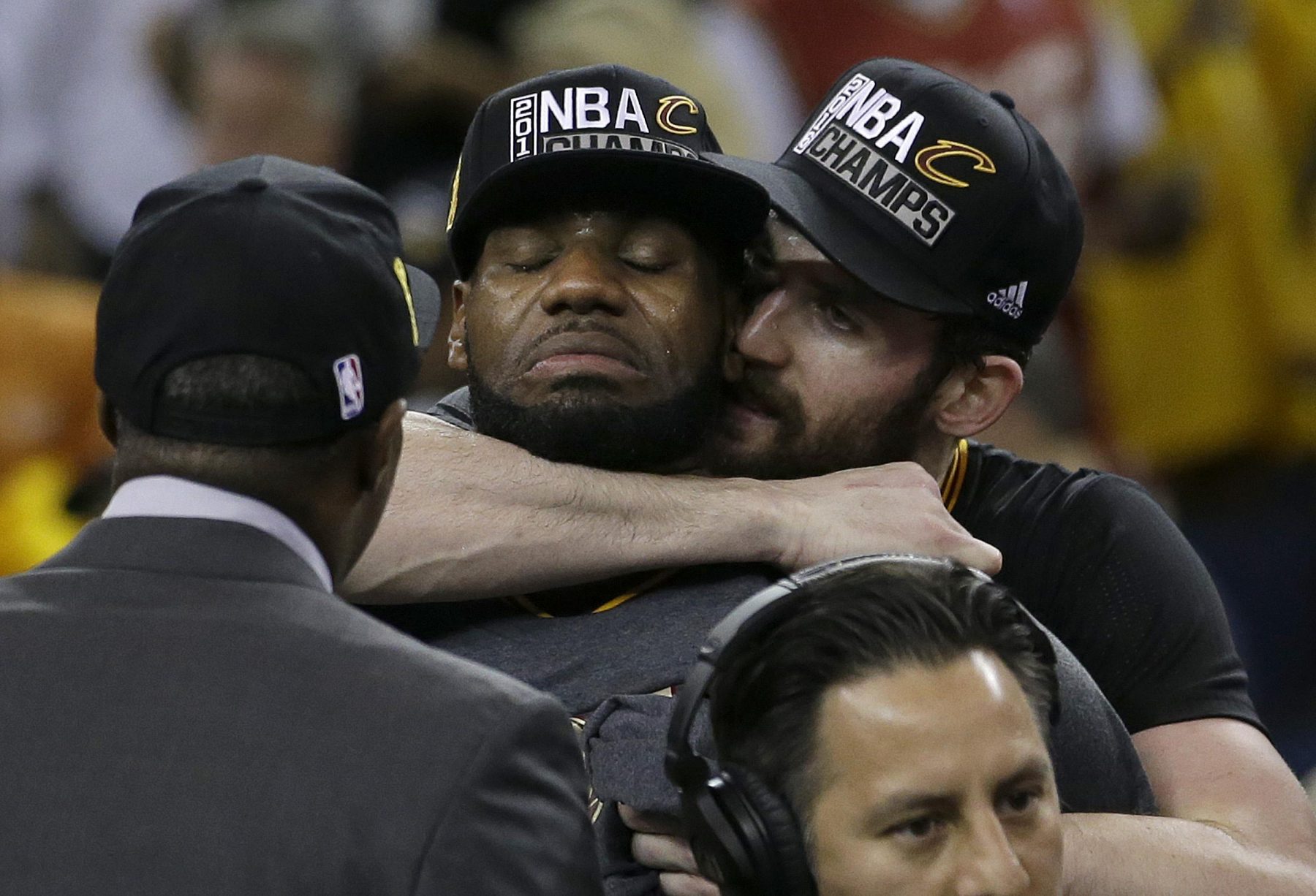 After losing in the 2015 NBA Finals to the Golden State Warriors, the Cleveland Cavaliers made it back to the championship series the next year, only to fall behind 3-1 to the Warriors.

It looked like the Cavaliers were about to lose another NBA championship and be added to the litany of Cleveland teams that came close to going all the way, only to fall just short.

Recently, Cavs big man Kevin Love shared what LeBron James told his team before the must-win Game 5 of that series.

“We were in Oakland, we went to their practice facility, the Golden State Warriors. And it was the one, you know Klay Thompson had started talking about how they were better than the Showtime Lakers,” Love remembered. “So, we’re going over the Bay Bridge and that commentary is still just picking up, it’s on Twitter, it’s on Instagram, it’s on all these social platforms, sports radio, everything. That’s when Bron said, he looked around and said, ‘You know what guys? It’s written. We’re going to win tomorrow night. We’re going to have a huge game. It’s going to be tough. It’s going to come down to the last few minutes. We’re not losing at home. Game 7, anything can happen.’ That’s how it played out. It still gives me chills thinking about it.”

At that point, the last Cleveland team to win a world championship in any major sport was the Cleveland Browns, who won the 1964 NFL title.

The city’s history features a long list of painful losses that came to be known by short monikers, such as “The Drive,” “The Fumble,” and, of course, “The Shot” by Michael Jordan in Game 5 of the first round of the 1989 NBA Playoffs.

After their Game 5 win in the series, the Cavaliers got a big win at home to force a Game 7 at Oracle Arena. In a low-scoring, back-and-forth game, James made perhaps the biggest defensive play in NBA history to propel the Cavaliers to their first NBA title.

In doing so, they became the first NBA team to overcome a 3-1 deficit in a championship series, and they ended generations of pain and disappointment throughout Northeast Ohio.