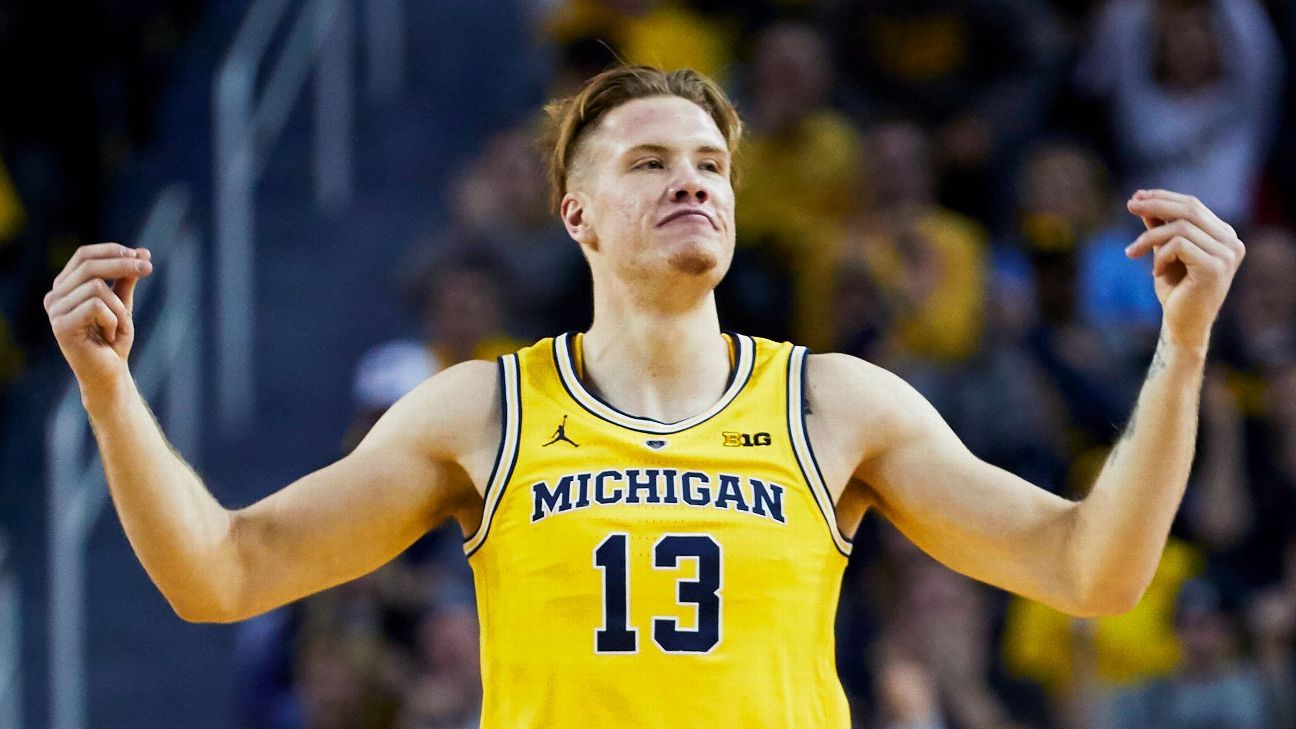 With the 2019 NBA Draft just days away, the Cleveland Cavaliers are continuing to look at different prospects during workouts.

One report indicates that Monday’s schedule is a busy one, with a host of players set to go under the microscope of the Cavs’ brain trust.

Cavs having a sizable draft workout today that includes Miami PF Dewan Hernandez, Michigan F Ignas Brazdeikis, and Oregon F Louis King. There are likely others. As of now, the Cavs have picks 5, 26 in round 1 and no picks in round 2 Thursday.

Of the three players listed above, new Cavs head coach John Beilein is most familiar with Ignas Brazdeikis, having coached him this past season at the University of Michigan.

The 6-foot-7 Brazdeikis averaged 14.8 points and 5.4 rebounds per game for the Wolverines. He collected a double-double in his final game, scoring 17 points and grabbing 13 rebounds in an NCAA tournament loss to eventual runner-up Texas Tech University.

Dewan Hernandez played for two years at the University of Miami and is coming off a season in which he averaged 11.4 points and 6.7 rebounds per game. During his two seasons with the Hurricanes, he displayed a good shooting touch, connecting on 53.1 percent of his shots from the field during his first year, and following that up with a success rate of 57.6 percent for the 2018-19 campaign.

At the University of Oregon, 6-foot-9 Louis King played just one season, but finished with a season average of 13.0 points, 5.3 rebounds, and 1.3 assists per game. He connected on 43.5 percent of his shots from the field, but did show some ability when it came to long-range tosses by hitting 38.6 percent of his attempts in that department.

All three players and other unnamed prospects are being considered for the second of the Cavaliers’ two first-round selections.

That 26th overall pick was acquired from the Houston Rockets in February as part of a three-way deal. The possibility exists that the Cavaliers may acquire another first-round selection before the draft gets underway on Thursday night.