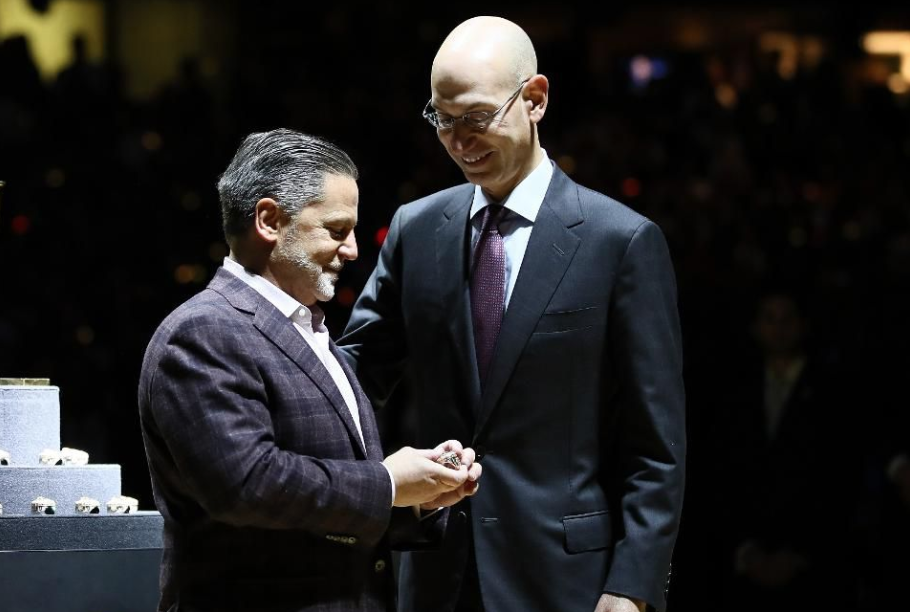 Despite his currently tenuous health, NBA commissioner Adam Silver doesn’t believe that the situation will compromise Gilbert’s ability to stay in his role.

Joe Vardon of The Athletic spoke with Silver about Gilbert at the outset of the 2019 NBA Finals:

“Before Game 1 of the Finals, I asked NBA commissioner Adam Silver if there was concern over Gilbert’s capacity to continue as owner, given his medical condition. ‘I’m not concerned about his ability going forward,’ Silver said. ‘I, of course, am concerned with his present condition. I mean, I don’t know a lot more but obviously it’s public knowledge that he has a medical condition. So our thoughts and prayers are with Dan and his family, and we’re just wishing that he has a complete recovery, and I have no reason to believe he won’t.'”

Other than a single statement that offered a brief update on Gilbert’s health, there’s been no information provided about the severity of his stroke or the scope of his rehabilitation. In the interim, the team has continued to function normally, with Gilbert indicating to his staff his support of the organization’s aggressive rebuilding effort.

That approach has focused on acquiring future assets in the form of draft picks or young players with potential. With respect to those draft picks, that could conceivably involve paying money to pick up a second-round selection. Meanwhile, the Cavaliers are also reportedly willing to accept another team’s bad contract to pick up a draft choice.