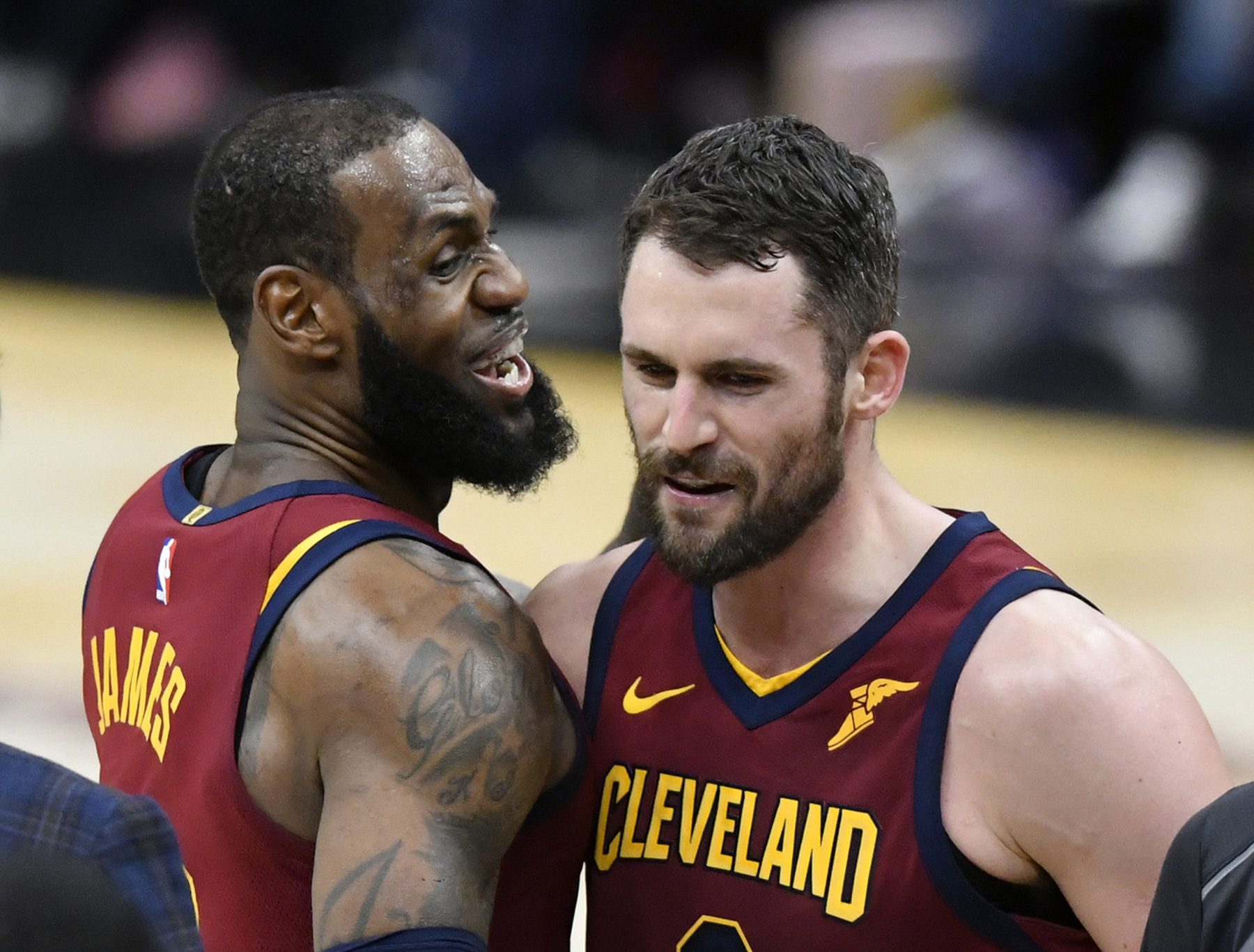 The relationship between Cleveland Cavaliers power forward Kevin Love and his former teammate LeBron James remains a strong one. In a recent interview, Love preached patience to Los Angeles Lakers fans regarding concerns about James’ ability to lead the team back to the NBA Finals.

Love was quizzed by TMZ Sports on a variety of topics, and offered tips on how the Lakers can move forward after a disappointing 37-45 season:

“Yeah, he (James) definitely has to, you know, the young guys have to get one more year under their belt. Gotta do well in free agency and, any time LeBron, he just brings some excellence to them, so he’ll be great.”

Asked if he had any desire to leave Cleveland to again play with James, Love dismissed such talk:

“No, I’ve got four more years left on my contract.”

Love is of course referring to the extension that he signed last year that begins this season and will pay him $120 million through the 2022-23 season.

When pressed again about whether he prefers Cleveland or Los Angeles, Love made his preference clear:

“I love L.A., too, but Cleveland it is. Cleveland right now, baby.”

One thing that Love hopes to avoid during the 2019-20 season are injuries, which ruined last season for the Cavs and limited Love to just 22 games. In those contests, he averaged a double-double, with 17.0 points and 10.9 rebounds per contest.