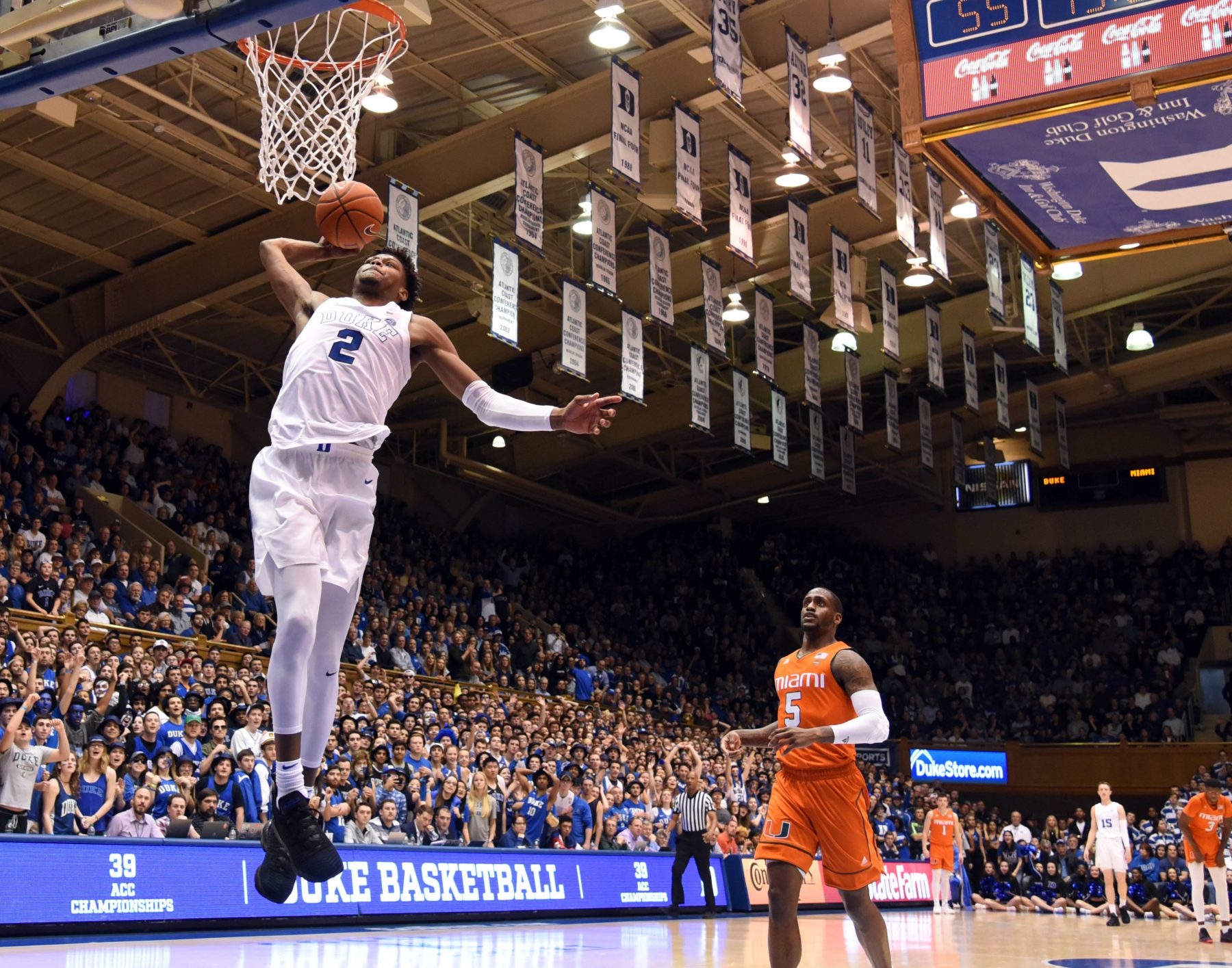 The Cleveland Cavaliers are set to select a player with the fifth overall draft pick in the upcoming 2019 NBA Draft. As part of their preparation for that pick, the Cavs will reportedly meet with Duke University star Cam Reddish.

“Duke forward Cam Reddish will meet with the Cavaliers at the NBA Combine on Friday and there is a possibility the sides get to know each other well,” Sam Amico of AmicoHoops.net wrote.

“Some experts have Reddish as a projected top-five pick and the Cavs just happen to be selecting fifth overall in the upcoming draft. They are said to be on the lookout for small forwards or bigger shooting guards, and Reddish certainly fits the profile.”

Reddish came into his freshman year at Duke with the hopes of improving his draft stock just like former teammates Zion Williamson and R.J. Barrett did. In the end, the 6-foot-8 forward did not enjoy such success in the college ranks despite scoring 13.5 points per game.

The reason why his stock took a tumble is mostly thanks to the fact that he shot just 36 percent from the field while at Duke. That’s especially troubling because his shooting was thought to be one of his strengths coming out of high school.

Still, Reddish’s struggles at Duke did not have a negative impact on his confidence.

“I can do it all,” Reddish said. “I feel like I am capable of doing everything on both sides of the floor. I’m about to get the opportunity to show that.”

Perhaps part of the reason why he struggled is because he was forced into an off-ball role for much of the college season as Duke head coach Mike Krzyzewski sought to spread the ball around amongst his immensely talented roster.

“It was different,” Reddish said. “I’m not usually just a shooter. I’m used to playing more on the ball. I was a (point guard) in high school.”

While he likely wouldn’t return to the point guard position if he were drafted by the Cavs, he’d certainly be a centerpiece of the offense from day one.