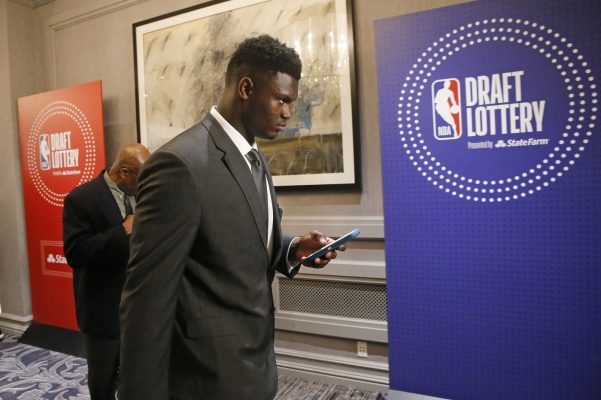 The hopes of the Cleveland Cavaliers and their fans to draft Duke University star Zion Williamson were dashed on Tuesday night when the Cavs ended up in the fifth spot for next month’s 2019 NBA Draft.

While it’s now a moot point, one report indicates that Williamson was more interested in playing for the New York Knicks than the Cavaliers or any other team.

Zion Williamson was QUICKLY whisked out of the room after Pelicans were announced the winner of the draft lottery. Source said the former Duke star was rooting to go to New York, but now is going to New Orleans.

During the past college basketball season, Williamson’s Duke team played in the 2018 Ameritas Insurance Classic at the Knicks’ home court Madison Square Garden. At the time, he was bombarded with questions from the media about playing there on a regular basis, a prospect he had endorsed.

Realistically, Williamson’s reverence for the history of Madison Square Garden likely paled in comparison to the fact that playing in New York would have brought him massive notoriety and endorsement opportunities.

He’ll still end up getting plenty of endorsement deals in his new presumptive home with the New Orleans Pelicans, but it likely will not match the potential financial haul he could have enjoyed in New York.

As for the Cavaliers, they not only missed out on Williamson, but were pushed out of the top three selections in the draft altogether. That’s significant because this year’s draft class is considered to have a steep drop-off after the top three prospects, the other two top prospects being Williamson’s Duke teammate, R.J. Barrett, and Murray State University’s Ja Morant.

Five weeks remain until the NBA draft takes place, giving the Cavaliers the opportunity to ponder which players can best help them improve. For the Cavs, that’s important, since it can help to start wipe away the misery of the 19-63 season that the franchise just endured.