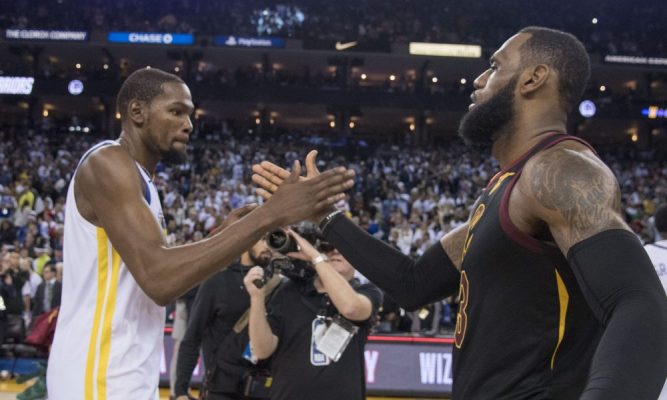 It takes a champion to recognize a champion, and following the Golden State Warriors clutch Game 6 victory over the Houston Rockets, former Cleveland Cavaliers star LeBron James took to social media to pay his respects.

James is of course quite familiar with the Warriors, as this season marks the first time since 2015 that the two won’t face off against one another in the NBA Finals.

NEVER underestimate the heart of a Champion‼️‼️

For NBA fans everywhere, it has been quite odd to watch the NBA Playoffs this season and not get to enjoy James’ mastery on the court.

In his first season with the Los Angeles Lakers, James and company failed to meet expectations and advance to the postseason. Despite that, it seems James is certainly enjoying the excitement that comes with playoff basketball.

On Friday night, the Warriors were able to defeat the Rockets 4-2 in the series despite losing Kevin Durant to injury in Game 5.

Now they will wait to face off against either the Denver Nuggets or Portland Trail Blazers in the Western Conference Finals.

Regardless of who they play, the Warriors seem destined to win a third straight NBA championship. That’s especially true because James won’t be there to meet them in the NBA Finals.