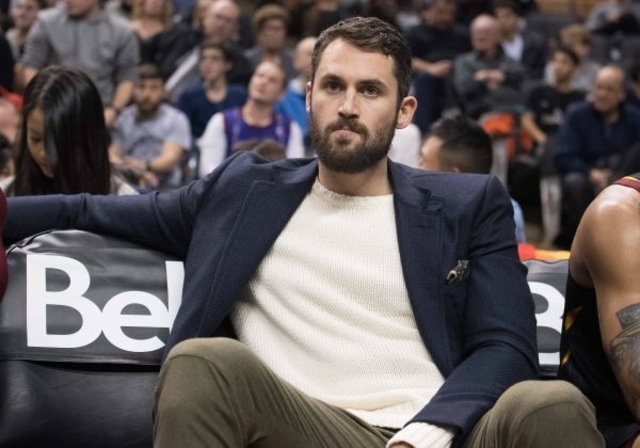 For the past 14 months, Cleveland Cavaliers power forward Kevin Love has opened up about the subject of mental health and his own personal issues connected to this often taboo subject.

In a new interview, Love spoke about the qualities that someone should look for when considering a particular therapist.

Love was interviewed by Alex Shultz of GQ and indicated that any chemistry that exists with a therapist will come quickly, but it remains an imperfect science:

“I think it’s honing in on exactly what’s bothering you. I know that’s part of the actual therapy session, but it’s helpful to separate the internal from the external. You’re going to walk in and know within the first 10, 20 minutes if you vibe with a therapist or not. A therapist that you don’t respond to is only going to take you so far, and you’re only going to trust that person to a certain level.

“There’s an internal, chemical balance of depression that I’ve been predisposed to. I knew that was the case, I ran all of the tests and know how I felt for so many years. Same thing with my anxiety. That was all internal stuff, but there were also concrete, external events like the loss of my grandmother. You have to figure out what you’re dealing with to find the right person for you. But it’s like choosing a major in college: People change that, what, two or three times?”

Love’s struggles with anxiety and depression had remained private until he penned a March 2018 article in the Players’ Tribune. In the piece, he wrote about issues that included suffering a panic attack during a November 2017 game and how issues with his father had caused him problems.

Since the publication of that article, Love has received high praise as well as awards for his willingness to open up about such a private matter. He’s also created a foundation that seeks to broaden awareness of mental health concerns.

From a basketball perspective, his future with the Cavaliers was solidified last summer when he agreed to a four-year contract extension worth $120 million. However, he’s hoping that the injury concerns that limited him to just 22 games this past season are a thing of the past.