Odell Beckham Jr. Says He Wants to Follow in LeBron’s Footsteps for City of Cleveland 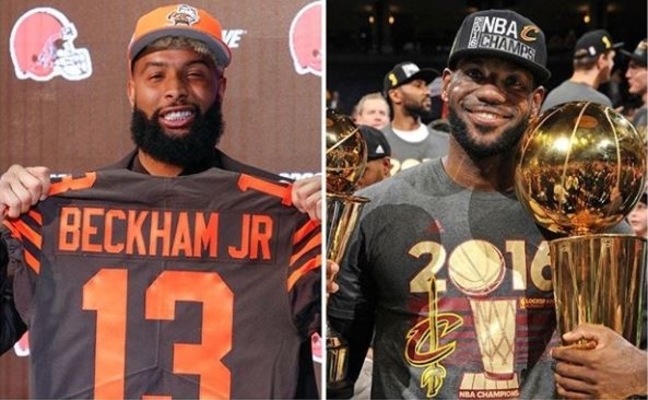 Odell Beckham Jr. is bringing his superstar personality to the Cleveland Browns. The talented wide receiver is hoping to follow in LeBron James’ footsteps by bringing a championship to Cleveland.

Of course, James is probably the most important athlete in the history of Cleveland sports. He’s not a bad role model for Beckham to have.

James and the Cleveland Cavaliers beat the vaunted Golden State Warriors in the 2016 NBA Finals. That title ended a 52-year championship drought for the city of Cleveland.

The Browns have never even appeared in a Super Bowl. As a result, the city is dying for a contender. Perhaps the Browns will fit the bill with Beckham in the fold.

In addition to Beckham, the Browns will have star wide receiver Jarvis Landry catching balls from Baker Mayfield. Cleveland appears to be on the upswing after general manager John Dorsey revamped the roster.

Obviously, it is difficult to imagine any athlete ever eclipsing James’ legacy in Cleveland, but that’s an impossible standard to meet. If Beckham and the Browns can win a Super Bowl, they’ll carve out their own special place in Cleveland history.