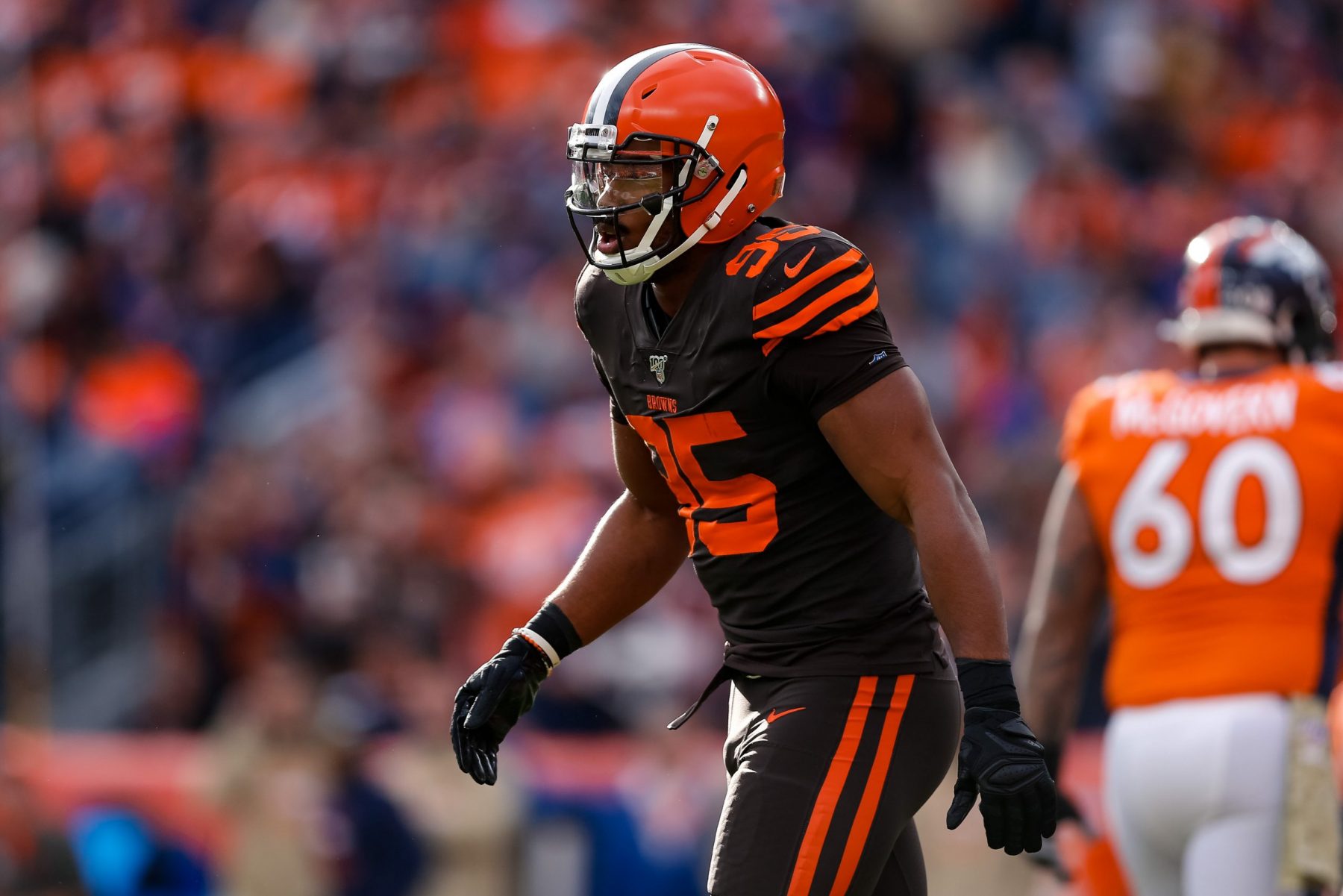 Cleveland Browns defensive end Myles Garrett is one of the most physically gifted athletes in the entire NFL.

In fact, Garrett believes his physical gifts would translate pretty well to the NBA.

He recently stated that he thinks he could average 15.0 points and 8.0 rebounds per game if he were a member of the Cleveland Cavaliers.

“If you want to put me in like the Zion [Williamson] position, I can free roam and go from the block, to the top of the key, to the corner and just make plays,” he said. “I think I’d be a guy who’s a nice 15 and seven, 15 and eight. I think I could do 15 and eight a night.”

Garrett’s most recent NFL season ended prematurely when the star lineman was suspended indefinitely after attacking an opposing player with a helmet. In February, the suspension was finally lifted.

Going forward, Garrett will certainly look to repair his off-the-field image as he continues to dominate on the field.

While the Browns were certainly a major disappointment last season, they still have loads of talent and should definitely look sharper under new head coach Kevin Stefanski.

That being said, if Garrett is ever looking for a change in careers, surely the Cavs would be welcome to the idea of bringing him in for a workout.