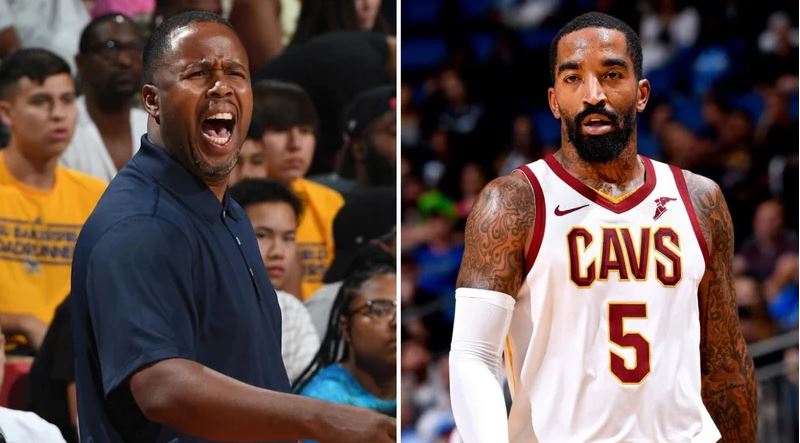 While the details related to the incident were previously murky at best, Jones appeared on a recent episode of ESPN’s “Jalen & Jacoby” to reveal some hilarious aspects of the ill-fated soup throw.

We FINALLY get some juicy, soupy details about the J.R. Smith soup-throwing incident thanks to the very classy recipient of said soup, @D19J pic.twitter.com/xKzryDJmGj

“For a long time I refused to talk about the soup incident,” said Jones, who was fired along with Tyronn Lue early this season. “It’s OK now because I’ve moved on, me and J.R., we’ve talked about it. He apologized.

“But it was the bowl plus the soup. And it was the first bowl out of the pot, so it was hot as hell. … It went everywhere. I was standing up. It hit me in the shoulder, arm, everywhere. Hit the wall. I mean, it was a mess.

“The soup was on my arm and it was hot as hell.”

Jones did not reveal the reasoning behind Smith’s soup toss. What he did talk about was how Smith finally decided to the bury the hatchet with his former colleague.

“We didn’t talk to each other for probably three months, not one word,” Jones said. “And then, I remember it was a night after a back-to-back, it was in Philadelphia, we had a conversation and said, ‘You know what, brothers have quarrels. I’m sorry, I apologize, let’s move on.’”

While it was a hilarious story to read about at the time, it is clear that it certainly strained the professional and personal relationship between Smith and Jones.

Luckily, it seems like both men have managed to move on from the incident and continue their friendship.

cleveland cavaliersdamon jonesfeaturedJ.R. Smithnews ticker
← Previous Story Isaiah Thomas Says Celtics Would Have Won Title If He Had Never Been Traded to Cavs
Next Story → Collin Sexton Says Teammates Would ‘Scream and Yell’ at Him for Not Shooting 3-Pointers