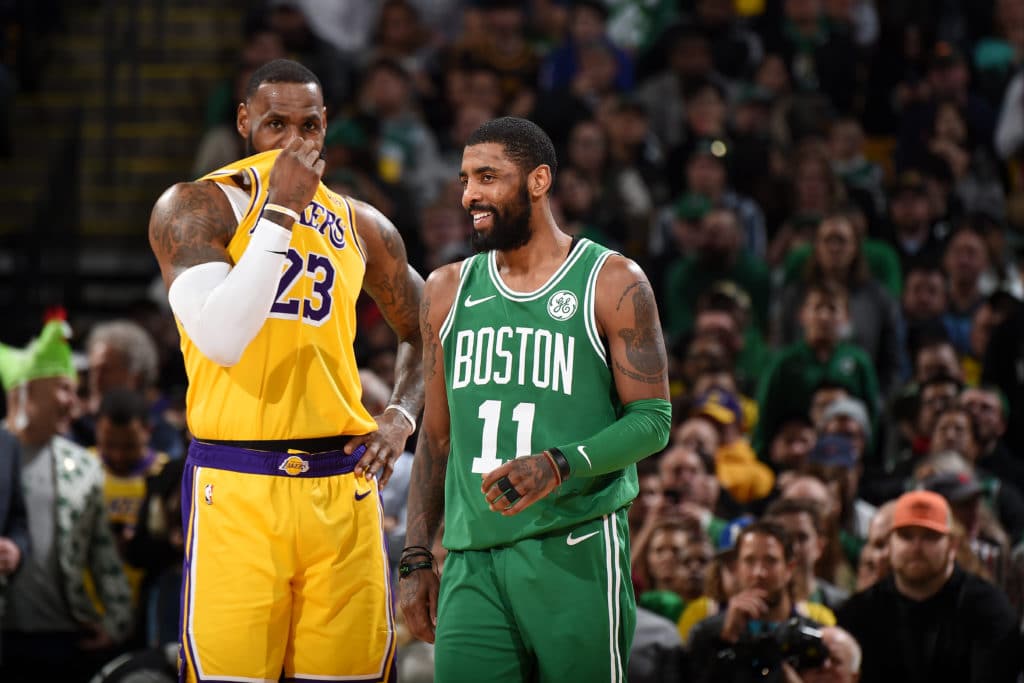 Since being traded in August 2017, former Cleveland Cavaliers point guard Kyrie Irving has seemingly offered few positive remarks about his six seasons with the team.

However, a new report indicates that he used the support of both LeBron James and former Cavs head coach Tyronn Lue to bounce back from his devastating 2015 knee injury.

Joe Vardon of The Athletic looked at how Irving’s confidence about his current team, the Boston Celtics, hasn’t wavered despite their inconsistent regular season.

That confident mindset, according to Irving, is based on how James and Lue aided his comeback the following season, which was capped by the Cavaliers winning the franchise’s first-ever NBA title.

“I was met with a lot of negativity towards my game,” said Irving. “Like, ‘Well, well, he shouldn’t be shooting as much.’ And when I first came back, like ‘Oh, he’s messing up the chemistry.’ I had a lot to prove. And I finally hit my stride heading into the playoffs. And when I finally did that, I had an unbelievable playoff run, which was guided by incredible teammates. They all were supportive of what I was doing and T. Lue (coach Tyronn Lue) gave me the green light, Bron gave me the green light.”

Irving’s 2015-16 campaign was delayed until late December as he rehabilitated the fractured kneecap he suffered in Game 1 of the 2015 finals. When the 2015-16 regular season ended, he was averaging 19.6 points per game, with that production getting ramped up once the postseason began.

By the time it ended two months later, he had averaged 25.2 points during the playoffs. He had teamed with James in Game 5 of the finals to stave off elimination by scoring 41 points, then capped Game 7 by hitting a tie-breaking 3-pointer in the final minute of play.

That shot immediately became the most iconic basket in Cavaliers history, since it helped the team capture the NBA title.

When Irving asked to be traded in July 2017, the shocking request exposed an apparent rift between Irving and James. However, that’s since been patched up, with Irving calling James to apologize for his actions during the time the two were teammates.

As Irving looks forward to the 2019 postseason, he’s confident that the Celtics will live up to their potential. That stems from his past experiences with the Cavs.

“My confidence runs deep regardless, but especially when it’s at the highest point of competition, it’s when I did my best,” said Irving. “I haven’t had the best games in the Finals sometimes. I haven’t had the best games in the playoffs. I’ve definitely been through some ups and downs. But I think that experience and that carryover from taking (the championship), from the opportunity of being in Cleveland and then taking (the experience) to Boston gives me my confidence in my teammates now.”

Unfortunately, this season’s edition of the Cavaliers will see their season come to an end on April 9 when they host Charlotte. That’s a far cry from the four consecutive finals that they had appeared in up until last season.