Report: Kevin Love Could Be Traded to Oklahoma City Thunder or Houston Rockets 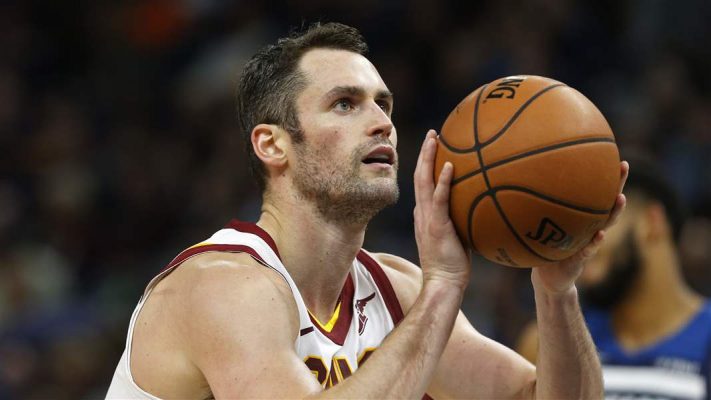 With the Cleveland Cavaliers’ season aimed towards the lottery, All-Star Kevin Love will continue to come up in trade discussions.

In a Bleacher Report article by Ken Berger, one executive said the Houston Rockets and Oklahoma City Thunder are two teams that makes sense for the big man.

“So if something happens with Love this season, it’s going to have to happen fast,” wrote Berger. “And it’s almost certainly going to have to involve a contending team that isn’t afraid to take chances. Two teams that make sense on both fronts are Oklahoma City and Houston, one of the execs said.”

Love, 30, has been dealing with trade rumors for the majority of his stint in Cleveland. However, now might be the best time for the veteran to jolt. While the team was contending for a title with LeBron James at the helm for the past four years, the Cavs are stuck in misery with the worst record in the league this season.

Although the team has rising youngsters in Collin Sexton and Cedi Osman, they are unlikely to lead the Cavs to the promised land any time soon. Love, who is in his 11th season in the NBA, should desire to add championships to his resume instead of enduring a lengthy, painful rebuilding process. Yet, the loyal forward recently reaffirmed his wish to stay in Cleveland.

A trade to Houston or Oklahoma City would immediately reinstall Love in a championship pursuit. In both scenarios, Love would be paired with superstars, either Russell Westbrook or James Harden. Fortunately, that’s something the forward is used to from his time with four-time MVP James.