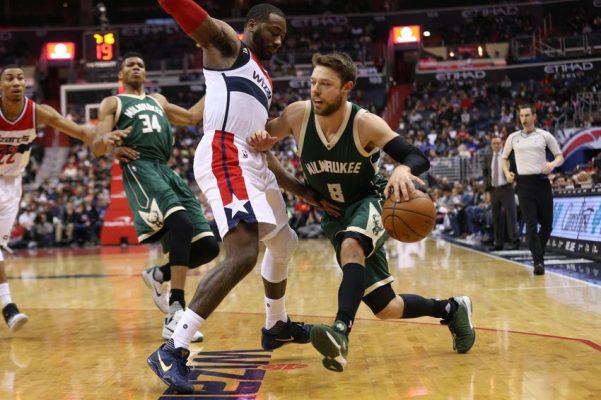 After it was reported by Adrian Wojnarowski of ESPN and Shams Charania of The Athletic that the Cleveland Cavaliers were acquiring Matthew Dellavedova, John Henson and draft picks from the Milwaukee Bucks in exchange for George Hill and Sam Dekker, it seems that a third team is being involved the mix.

Sources: Washington will join the Cavs-Bucks deal as a third team — and acquire Sam Dekker for Jason Smith and a future second-round pick.

According to Wojnarowski, the Washington Wizards will also be included in the deal, as they will actually be receiving Sam Dekker in exchange for big man Jason Smith and a future second-round draft pick.

Acquiring Smith for the Cavs hardly makes any sense, as the big man is averaging just 3.7 points and 3.1 rebounds this season. However, Smith’s salary does come off the books after this season, as he will become an unrestricted free agent.

It will be interesting to see what kind of role Smith plays on the team as the Cavs now have Larry Nance Jr., Tristan Thompson, and likely John Henson ahead of him in the frontcourt.