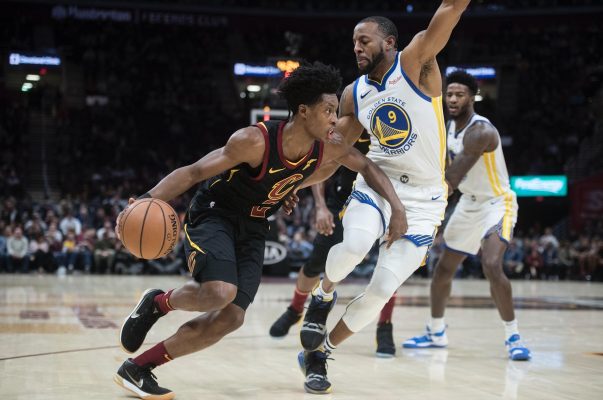 Although LeBron James may no longer be in town, Golden State Warriors star Kevin Durant is still very impressed with one member on the Cleveland Cavaliers.

Ahead of the two teams’ NBA Finals rematch on Wednesday, the 2013-14 MVP gave Cavs rookie Collin Sexton some high praise, per Chris Fedor of Cleveland.com:

Sexton, 19, is having a very solid first year in the NBA. The 6-foot-2 point guard is posting 14.8 points, 3.2 rebounds and 2.5 assists in 29.2 minutes per game. The rookie takes every assignment seriously, plays competitively and gives it his all every night.

During Wednesday night’s contest against the 2018 champions, Sexton put up a team-high 21 points on 50 percent shooting from the field. It was just the latest positive performance against a playoff team. Over the last few weeks, the rookie has faced and fared well against the Philadelphia 76ers, Houston Rockets, Oklahoma City Thunder, Boston Celtics, Toronto Raptors and Warriors.

In fact, Durant hasn’t been the only superstar to shower the youngster with praise. Celtics guard Kyrie Irving spoke highly of Sexton when the pair matched up for the first time last week. While fans don’t know if Sexton will blossom into the star Irving is yet, it’s a very good sign that other All-Stars are holding the Cavs rookie in high regard.