Don't Miss
Home / Rumors / Report: Cavs Have Been Trying to Trade for Wesley Matthews for Past Year

Report: Cavs Have Been Trying to Trade for Wesley Matthews for Past Year 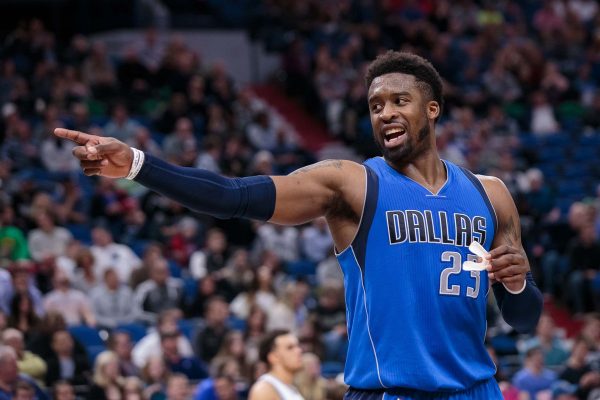 The Cleveland Cavaliers have quite a few veterans on the trade block at the moment, and it seems one player they may be targeting is Dallas Mavericks shooting guard Wesley Matthews.

Adrian Wojnarowski and fellow ESPN insider Bobby Marks discussed the Cavs’ long-lasting interest in Matthews in a recent episode of “The Woj Pod,” while going over what the Cavs may do with shooting guard J.R. Smith.

“J.R. Smith is not as easy to move now,” said Marks “I think he’s got more value after the season, if you are a team looking to move money to clear cap space, because he has a partial number, his numbers to move.”

“He’s making $15 million right now. There’s not that many $15 million guys that, if you’re Cleveland, do you want money for next year? Maybe you go that route, where you’re in a rebuild and you can get something back with him.”

Wojnarowski then interjected to share some insider info regarding Matthews and the Cavs:

“Wesley Matthews in Dallas who they’ve been trying to trade for since last year, now he’s an expiring deal. If he doesn’t end up in a trade, is he a buyout player for the Mavericks? Is he available to teams?”

Currently, a straight-up trade between Smith and Matthews would not work under the salary cap, but Wojnarowski seems to believe that the 6-foot-5 shooting guard could become available via buyout in the coming months.

Now that Smith is no longer with the Cavs, Matthews would make a great addition. Not only would he offer veteran experience at the shooting guard position, but he is also currently enjoying one of the best seasons of his career. Through his nine-year career, Matthews has averaged 13.9 points per game. So far in the 2018-19 season, he is scoring 16.1 points per game.

At the moment, this seems like nothing more than an interesting rumor. Still, it seems clear that Matthews will be one player to keep an eye on as the Cavs look to build around their young core.