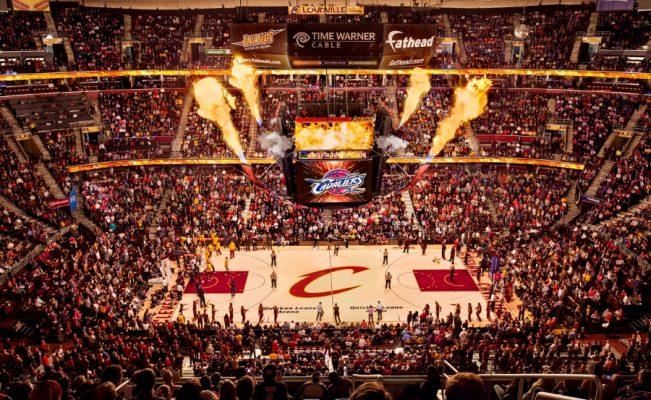 The Cleveland Cavaliers, in conjunction with the NBA, are reportedly expected to announce soon that a future All-Star Game will be held at Quicken Loans Arena. The earliest date to host the event would come in February 2022.

“The Cavs aren’t commenting on a potential announcement, and the NBA hasn’t responded to multiple requests for comment. David Gilbert, the president and CEO of the Greater Cleveland Sports Commission, told Crain’s in a text message on Friday, Oct. 26, that he couldn’t discuss anything ‘right now. But we should be hearing something soon.'”

Tthe official word could come as soon as this Thursday, Nov. 1, according to Kleps.

Such a decision isn’t a surprise since the NBA had previously indicated that a renovation of the Cavaliers’ home arena, which opened in 1994, was contingent to getting a future All-Star Game. Those renovations began this past summer and will continue over the next two offseasons.

Hosting the annual event would mark the third time that the organization has been bestowed this honor. In 1981, the Cavaliers hosted the game at Richfield Coliseum, and in 1997, the game was played at the current facility, which was then known as Gund Arena.

In each of those previous instances, the NBA recognized its past legends. If the game is held in Cleveland in 2022, it would mark the NBA’s 75th All-Star Game.

Kleps pointed out the financial impact the annual All-Star Game had on Los Angeles, where the game was held last February:

“The February 2018 event in Los Angeles was projected to produce $116 million in spending, according to a study by Micronomics. A total of 110,000 visitors were expected, and the guests were projected to book 27,000 room nights at regional hotels.”

This year’s All-Star Game will be in Charlotte, followed by Chicago and Indianapolis in 2020 and 2021, respectively.