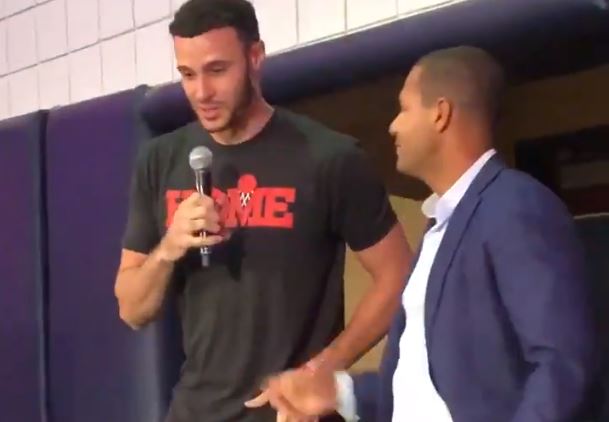 After signing a four-year, $45 million extension with the Cleveland Cavaliers, the big man was seen standing next to Cavs general manager Koby Altman, speaking to a crowd of what appears to be Cavs media representatives.

“I’m one of you guys, I really am. I’m a Cleveland guy at heart.”
– @Larrydn22#BeTheFight pic.twitter.com/xniWPkPQ0F

In the video, Nance fondly recalled his childhood memories, saying that he grew up in Cleveland watching his dad, Cavs legend Larry Nance Sr., play. And to the delight of the audience, Nance went on to add that he’s a Cleveland guy at heart.

Nance may not suit up for Wednesday night’s opening game against the Toronto Raptors due to an ankle sprain. However, his contract extension should come as good news for Cavs fans, who are guaranteed to get a talented player with great length and athleticism, and a commitment to playing tough on both ends of the floor.