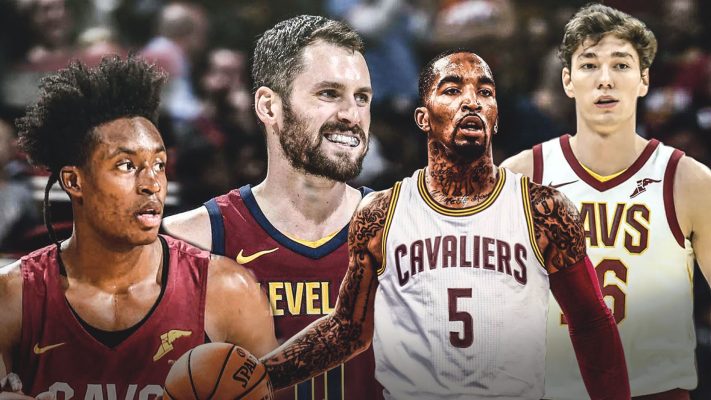 On Tuesday night, the Cleveland Cavaliers begin a second post-LeBron James era when they start their brief exhibition season on the road against the Boston Celtics.

Head coach Tyronn Lue, who has the impossible task of trying to find a replacement for James, took that first step on Monday by announcing the team’s starting lineup for the game.

Of those five players, second-year man Cedi Osman figures to get plenty of attention during his time on the court. That’s because he’ll be in James’ forward slot, a position that he could take over with a strong preseason. However, he’ll have plenty of competition for that role, even though none of the contenders will be able to duplicate James’ prolific output.

Rodney Hood will also be another player that gets a closer scrutiny over the next two weeks, given that he’s in the spot that J.R. Smith has largely held during his time with the Cavs. In Hood’s case, his uncertain contract status for most of the offseason didn’t even guarantee that he’d still be a member of the team.

That issue was settled when Hood accepted the team’s qualifying offer of $3.4 million, a move that puts the onus on him to have a big year since he’ll be an unrestricted free agent next July.

While the Cavaliers will be facing the Celtics, the two teams’ lineups are a far cry from their meeting less than five months ago. Then, the Cavaliers had James, while the Celtics were missing their injured backcourt of Gordon Hayward and Kyrie Irving. Both Hayward and Irving are once again healthy, which is a chief reason why Boston is the strong favorite to win the Eastern Conference this season.

A rematch of Tuesday night’s clash will take place on Saturday night at Quicken Loans Arena, with the Cavs closing out their four-game exhibition campaign with two games next week. That sets the stage for their regular-season opener on Oct. 17 in Toronto.