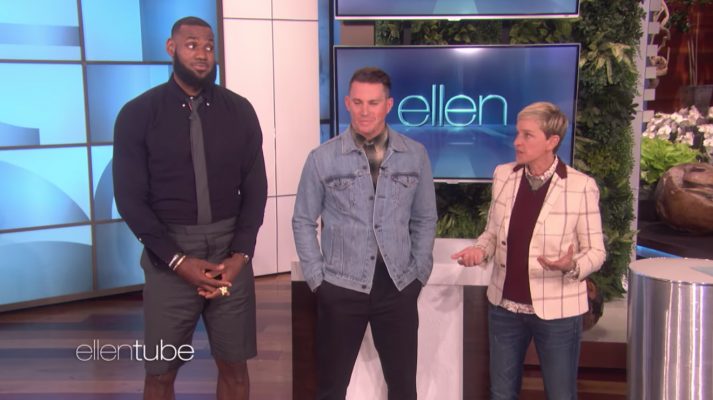 When former Cleveland Cavaliers forward LeBron James opened up his I Promise School in his hometown of Akron, Ohio, he received almost universal recognition regarding the gesture.

Now that he’s a member of the Los Angeles Lakers, his stature among celebrities has grown even larger, with comedian Ellen DeGeneres looking to help James’ school succeed by donating $100,000 toward its operation.

James made an appearance on DeGeneres’ weekday talk show that will air on Wednesday. He was asked about the school, saying that it was “a dream come true” and discussed its overall mission:

The reason for James’ appearance with actor Channing Tatum was to promote their upcoming film “Smallfoot,” which opens on Sept. 28. DeGeneres’ donation was made in conjunction with her partnership with Walmart.

The caring that James spoke of concerning the I Promise School goes far beyond working to educate and support the students, with the mission also focused on looking to aid the children’s parents in a variety of different ways. These include offering emotional support to the parents, many of whom are in the same situations that James grew up in just a few decades ago.

In addition, the school attempts to aid them with respect to either furthering their career possibilities or their educational opportunities.

During both James’ 11 years as a member of the Cavaliers and his previous four-year stint with the Miami Heat, he has continued to champion his hometown. He also continues to maintain a home in the Akron suburb of Bath. His one scheduled visit with the Lakers during the upcoming season will take place on Nov. 21.