Channing Frye Opens Up About Difficulty in Playing With LeBron James 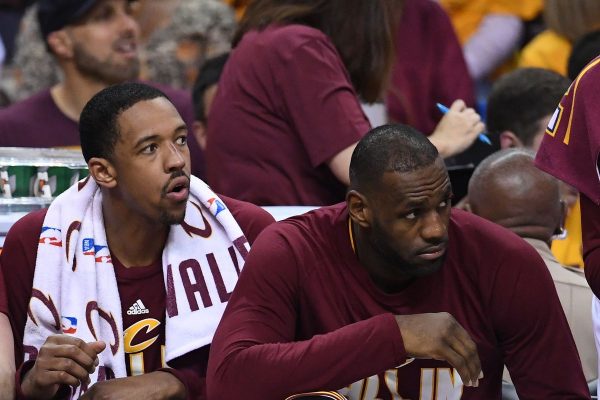 Cleveland Cavaliers veteran Channing Frye played with former teammate LeBron James for two years over the course of three seasons, giving him a unique insight into what it’s like to play with the superstar. While he knows just what James brings to a team, he also knows how hard it is as a fellow teammate to play with someone that is considered to among the greatest basketball players of all time.

Erik Garcia Gundersen of USA Today spoke with Frye on Saturday on a number of topics. One of those dealt with James’ overall presence on a team and what the Los Angeles Lakers should expect from their new teammate:

“When you play with LeBron, he does so much,” Frye said. “Whether he likes it or not, it’s just him. Everyone else fits into a role. You’re a scorer, you’re a passer, you’re a defender you’re shooter, you’re a rebounder.

“But now that he’s gone, all of us are going to be required to do everything. We all have to be solid passers, solid shooters, you have to watch more film, We have to be comfortable with T-Lue’s new system. I think all of that is exciting and push Kevin [Love], Tristan [Thompson] and J.R. [Smith], guys that have shown they can do great things and they’re getting the opportunity. But they’re also the same as me and they’re like ‘what does the team need from me to win?’”

Frye has had a back-and-forth 2018 that’s seen him begin the year with Cavaliers before being traded to the Lakers in February. After seeing little time on the court, Frye re-signed with the Cavs in July as a free agent.

In the midst of the interview, Frye offered an explanation as why he chose to return to the Cavaliers:

“Having the relationships I do with the guys on that team, regardless of LeBron, and the relationship I had with the city and the fan base like that for me, I looked at free agency and said, I’m 35. I’m at the end of my career. Am I going somewhere where somebody is going to have to learn who I am, what I can do and what I can’t.

“And I think the fact that I was doing well in Cleveland just showed T-Lue (Cavs head coach Tyronn Lue) that I’m ready whenever. If I were to go with another team, I would have to re-prove myself with less minutes.”

Frye is still a viable threat from beyond the arc, but he’ll also be invaluable in the locker room as a veteran voice who can offer sage advice to his younger teammates. With the Cavaliers embarking on a new era, the hope is that players like Frye can make the transition much easier than the last time James departed back in 2010.