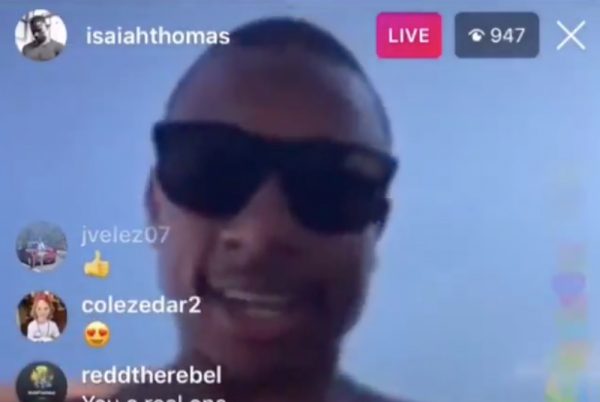 Isaiah Thomas‘ career with the Cleveland Cavaliers lasted just a few months and a handful of games, but it seems he is having quite a hard time letting go.

In an Instagram Live video, the former All-Star point guard blasted Cleveland, saying it was the reason why LeBron James opted to leave in free agency last month.

IT speaks his mind: “Cleveland was a sh*thole. I see why Bron left. Again.”

“Cleveland was a s—hole. I see why Bron left,” Thomas said while laughing. “Again.”

Shortly after the video was released. Thomas took to Twitter himself to post an apology for his inappropriate words.

I apologize for my choice of words about Cleveland. I was on my live playing around. They don’t show you everything for a reason smh. Right after that I clarified what I said…. All love to everybody who had love for me in Cleveland.

Regardless of the apology, it seems Thomas has found it difficult to put his short-lived tenure in Cleveland in the past.

Luckily, the Cavs faithful has had a much easier time putting Thomas in its rearview.