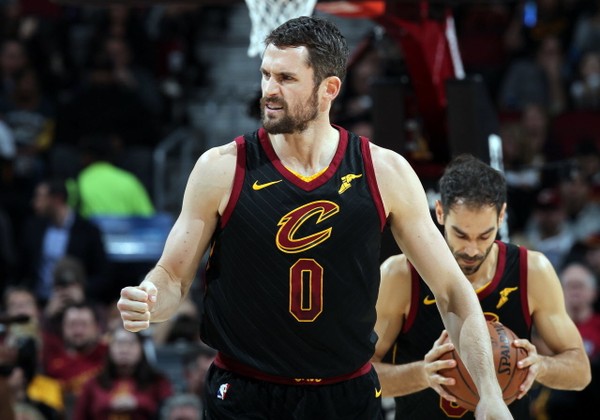 The 2018-19 schedule for all 30 NBA teams was released on Friday afternoon, with the Cleveland Cavaliers likely seeing the most dramatic shift in the number of prominently featured games. That’s the chief result of losing LeBron James in free agency, though the team’s list of contests still offers some interesting aspects.

The season begins on Oct. 17, when the Cavaliers head to Toronto to take on the Raptors, followed two nights later by a road clash against the Minnesota Timberwolves. Following a night off, they’ll open up things at home on Oct. 21 with a clash against the Atlanta Hawks.

The return of James to Quicken Loans Arena will likely be the most media-saturated game the Cavs play this season. That contest will take place on Thanksgiving Eve, Nov. 21, with the game against the Los Angeles Lakers being nationally televised by ESPN.

In contrast to the fan animosity that surrounding James’ December 2010 return as a member of the Miami Heat, it seems highly likely that James will be given a standing ovation during pregame introductions. The two teams will meet again on Jan. 13 at the Staples Center in Los Angeles, with that matchup televised on NBA TV.

Unlike the past four seasons, when James served as the centerpiece of the team, the Cavs will have Christmas Day off. However, they’ll then immediately start a three-games-in-four-nights road stretch on Dec. 26 with a matchup against the Memphis Grizzlies.

That second game against the Lakers will be part of the team’s longest road trip, a six-game, 11-day trek that begins on Jan. 9 in New Orleans and ends on Jan. 19 in Denver. The longest homestand will take place over two weeks in February, a stretch broken up by the All-Star break. Two games will be played before the break, followed by the resumption of the Cavs’ season on Feb. 21 against the Phoenix Suns.

Presently, the only other time the Cavaliers will be featured on ESPN will be their Feb. 13 home game against the Brooklyn Nets. None of the other games are listed as being on TNT, with just four other NBA TV contests featuring the Cavaliers, a far cry from just last year:

The most highly anticipated matchups during the second James era had been the two battles against the Golden State Warriors each year. The diminished stature of this once-torrid rivalry can be seen in the fact that neither the Dec. 5 game in Cleveland, nor the Apr. 5 clash in Oakland will be nationally televised. The latter Warriors game will be the final road game of the season for Tyronn Lue‘s squad.

While the Cavaliers’ fortunes have shifted dramatically since James left, they are still considered to be a playoff contender. Whether or not they can make it and how far they go in the postseason remains a mystery, but the team at least knows now where that journey begins.