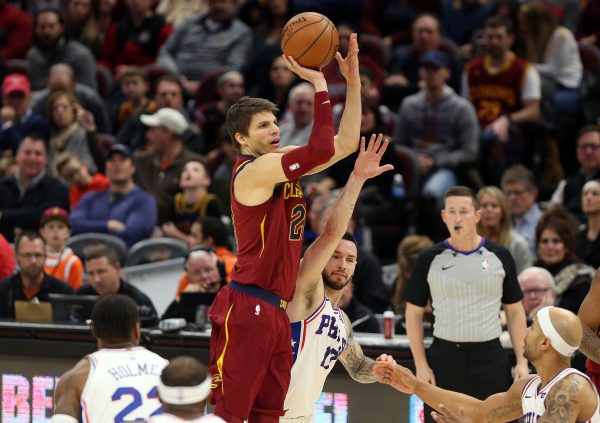 Last week it was reported that the Cleveland Cavaliers were engaged in discussions to trade Kyle Korver to the Philadelphia 76ers in return for veteran guard Jerryd Bayless.

What the initial report did not include, however, was that the Cavs were apparently asking for quite a bit more in the deal.

Some clarification RE: the Cavs wanting a first-round pick from the Sixers for Korver. I should have been more clear in my initial tweet. https://t.co/49uFGHQBpW

Based on the tweet, it seems there was a bit of confusion regarding the trade discussions between the Cavs and 76ers. What does seem clear is that unless Philadelphia decides it is willing to part ways with a first-round pick, they likely wont be granted the rights to the sharpshooting veteran.

With the NBA offseason in full swing, there is still quite a lot of time for the Cavs to make additional moves. It is unclear if the Cavs and 76ers will be able to finalize a deal for Korver, but there are likely several teams around the league who would jump to trade for him.

Only time will tell whether Korver’s future is in Cleveland, Philadelphia, or somewhere else.