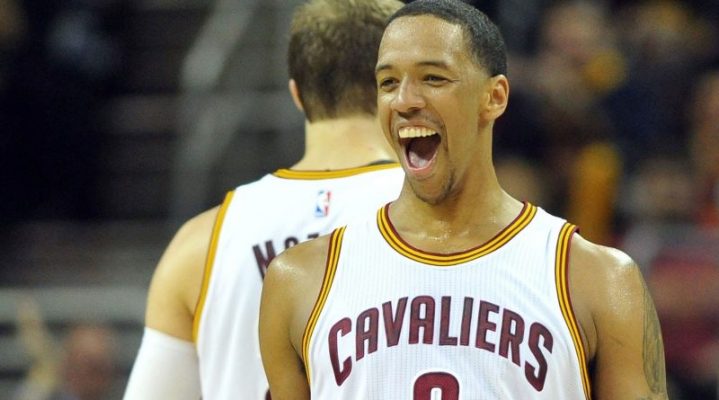 The news that Channing Frye will once again be a member of the Cleveland Cavaliers next season marks a reunion that was only five months in the making. After the news was announced on Saturday afternoon, Frye took to social media to note the occasion.

Well i guess this is hello again

Frye was dealt from the Cavs to the Los Angeles Lakers on Feb. 8 along with Isaiah Thomas and the Cavaliers’ own first-round pick in the 2018 NBA Draft. He saw action in only nine games with his new team and chose to return to Cleveland on a one-year, $2.4 million veteran’s minimum deal.

During Frye’s original tenure with the Cavaliers, which spanned parts of three seasons from 2016 to 2018, he offered the team veteran leadership, long-range shooting and a media presence. In the latter category, his partnership with former Cavs forward Richard Jefferson on the Road Trippin’ podcasts made for plenty of engaging broadcasts with teammates and fellow co-host Allie Clifton during the road part of the team’s schedule.

More importantly, Frye will serve as a three-point threat off the bench next season. During his 13 seasons in the NBA, he’s compiled a shooting percentage of 38.7 percent from beyond the arc and connected at a 39.0 percent rate in that department during his 144 regular season games with the Cavaliers.

Frye has played with six different NBA teams during his lengthy career and sat out the 2012-13 campaign because of a delicate heart condition. Early in the 2016-17 season, he suffered a pair of devastating personal losses when both of his parents died.

The return of Frye brings back one of the few players remaining that was a part of the franchise’s only title team in 2016. Kevin Love, J.R. Smith, and Tristan Thompson make up the remainder of that short list and have been rumored to be on the trading block.