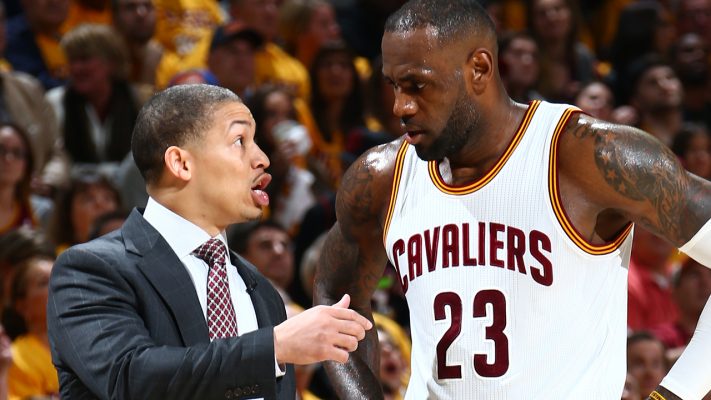 LeBron James suffered a strained neck when he took a mean blow to the jaw as he drove the lane late in the first half of Tuesday night’s Game 2 loss. Moments later, James headed to the Cleveland Cavaliers‘ locker room to be evaluated.

Shortly after, James returned to the game, and despite the 107-94 loss, he finished the contest with an impressive stat line of 42 points, 12 assists, and 10 rebounds. Following the game, there was still a lingering concern regarding James’ injury.

If the Cavs have any hope of coming back from the 0-2 deficit they currently face against the Boston Celtics, James is going to have to be playing at the height of his powers. He’s going to have to be fully healthy to have any hope of doing that. Even if the four-time MVP manages to have a monster performance in Game 3, the first two games of the series have proven that he’s not going to be able to do it alone.

Several key role players on the Cavs’ roster have yet to have a positive impact on the series. If they are able to show up for Game 3 and beyond, James and company could certainly dig themselves out of the hole they currently find themselves in.

Only time will tell whether or not the Cavs will be able to turn the series around. Whatever happens, James’ health will play a major role in any success the Cavs enjoy from here on out.