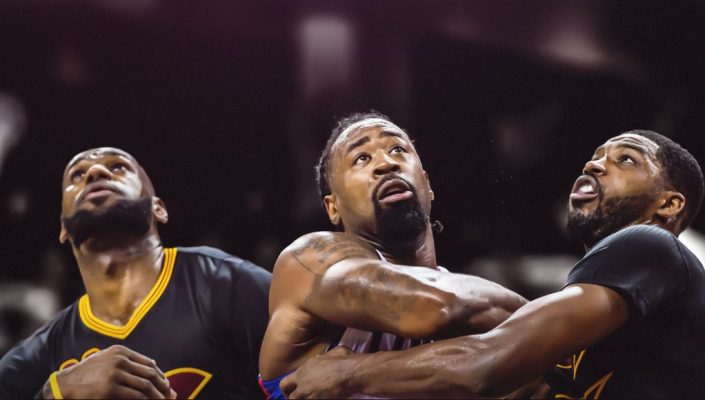 It’s easy to look at what’s wrong with the Cleveland Cavaliers now that they are down 0-2 to the Boston Celtics in the Eastern Conference Finals. After they had swept the Toronto Raptors in the semifinal round, the brilliance of LeBron James was enough to sweep the Cavaliers’ shortcomings under the rug.

But the Celtics are a different animal from the Raptors. A 40-point triple-double from James would’ve been enough to defeat DeMar DeRozan and company but not Celtics head coach Brad Stevens’ “Brady Bunch.” James needs help from his teammates and Boston has made it clear that it will not let that happen.

But what if the Cavs were able to acquire the Los Angeles Clippers’ DeAndre Jordan rather than Rodney Hood, Jordan Clarkson and Larry Nance Jr. at the trade deadline? Having Jordan during the first two games could have easily solved some of the Cavs’ problems on the boards as well as their interior defense.

According to a report from The Athletic’s Jason Lloyd, James and Cavs head coach Tyronn Lue wanted the team to trade for the Clippers center to bolster their roster:

“Now, however, they can no longer say they’re ‘All-In.’ They cannot say they did whatever they could to keep LeBron here this time. Doing whatever they could to keep him would’ve meant dealing for DeAndre Jordan at the trade deadline, the rim-protecting center Lue coveted and James equally wanted bad. Instead, the Cavs hedged, collecting a group of 20-somethings who can grow together in the event James is off to Houston or Philadelphia or Los Angeles or some other contender next season.”

Unfortunately, as Lloyd also reported, Hood, Clarkson and Nance have the lowest plus/minus on Cleveland’s roster this postseason. Jordan would have provided much more support to James going up against an elite team like the Celtics.

If the Cavs lose in the Eastern Conference Finals to the Celtics, especially if James doesn’t get any support from the young ones acquired in the trade-deadline deals, it’s hard to see him wanting to play in Cleveland next season.

Time for Hood, Clarkson and Nance to prove that they are worthy to be in the King’s presence.