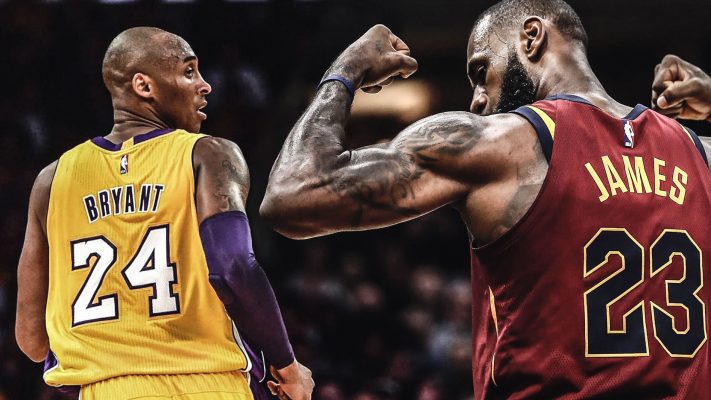 During his 15 seasons in the NBA, teams have continually sought to find a way to stop LeBron James, whether during his time with the Miami Heat or his two stints with the Cleveland Cavaliers. With a James-led team on the verge of reaching the Eastern Conference Finals for the eighth consecutive year, retired legend Kobe Bryant is offering his insight into how James has evolved his game during the course of his career and also provided a tip on how to at least try to stop him.

Bryant spoke Sunday with Chris Mannix of Yahoo! Sports and former NBA player Caron Butler, who co-host the Fox Sports Radio program, “Chris and Caron,” and noted that as James has gotten older, he’s changed his game to try to preserve his stamina:

“In the past they ran a lot of screen and rolls for him, a lot of angles, he’s out 35-40 feet from the hoop, penetrating into the paint,” Bryant said. “You don’t really see that too much now. You see him operate at the elbows, you see him operating below the free-throw line, deep corner. From those positions, he can take one or two dribbles, raise up and shoot.”

That strategy has allowed James to thrive in this postseason, averaging 34.8 points, 9.5 rebounds and 8.8 assists in the Cavaliers’ 10 playoff games, while playing major minutes. Bryant focuses on one word to describe how James has accomplished that level of production: control:

“He is able to control the tempo of the game,” Bryant said. “The game, especially in the playoffs, is all built on momentum shifts. What he has been able to do in these playoffs is control the momentum.”

Bryant did provide one tip that the Toronto Raptors may implement as they attempt to hold off a second consecutive playoff sweep at the hands of the Cavaliers:

“For one thing, you have to stop letting him go left,” Bryant said. “Every big shot that he makes is going left. He’s remarkable about getting to that left hand, raise up and shoot. That’s the first thing I would do—disrupt his ability to go left.”

One factor in the Cavaliers’ favor over the past few games has been that James has begun to get assistance on the offensive end from a number of his teammates. That could help blunt any attempt by the Raptors to focus the bulk of their energies on stopping him, which will likely mean a four-game sweep and an almost-assured rematch in the conference finals against the Boston Celtics.