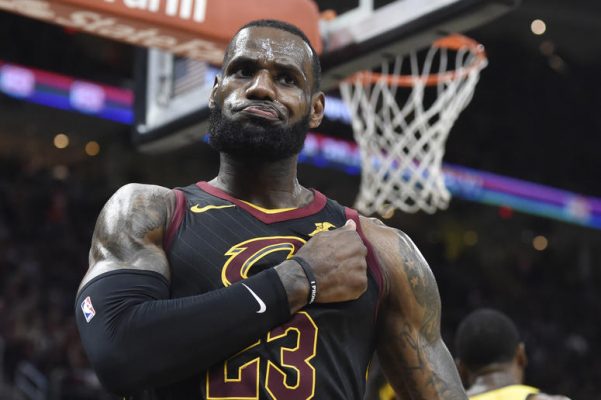 The on-court workload of Cleveland Cavaliers forward LeBron James has been a source of debate all season long and has gotten even more attention during the team’s recently completed seven-game series against the Indiana Pacers. However, Cavaliers head coach Tyronn Lue indicated after Sunday’s clinching victory that such chatter isn’t cause for concern in his opinion.

“That’s why you play the minutes throughout the course of the season the way he does: When these types of situations happen, you’re prepared for them,” Lue said. “So he’s used to playing 41, 42 minutes and being able to take it with his body and still be able to produce. A lot of guys, they get in the playoffs, they’re not used to playing that many minutes, and then it being a high-intensity atmosphere, it’s kind of hard for those guys to perform. So he does a great job of taking care of his body, a great job of conditioning himself for these types of situations.”

This past regular season marked the first time in his 15-year NBA career that James had played in all 82 of his team’s games, a year in which he put up MVP-worthy numbers. Yet, he indicated after Sunday’s game that he did need something of a breather before the second-round series against the Toronto Raptors begins on Tuesday night.

The 33-year-old James averaged 36.9 minutes in playing all 82 games of the 2017-18 regular season, then bumped up that average to 41.4 in the series against the Pacers. In the Game 7 win on Sunday, he played 43 minutes and finished with 45 points in the game.

James is seeking to play in his eighth consecutive finals, which would put him a rare stratosphere with some Boston Celtics players from their dynasty teams of the 1960s. Reaching that goal will require winning four games each in each of the next two series, with the Cavs not having home-court advantage in either series.