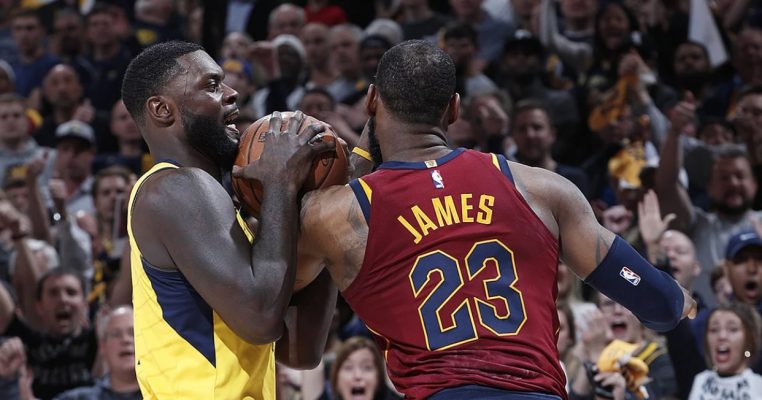 The contentious interplay between the Cleveland Cavaliers‘ LeBron James and the Indiana Pacers‘ Lance Stephenson has been in evidence for years, with Stephenson often doing his best to provoke James. The latest instance of this came in the fourth quarter of Sunday night’s Game 4, when James was whistled for a technical foul with 6:12 left in the game and the Cavaliers trailing 91-89.

In his postgame remarks, James offered a unique analogy in attempting to explain why he was penalized but Stephenson wasn’t:

While James discounted the idea that his anger over the call fueled the Cavs in coming back to win, just 10 seconds after being assessed the technical, he hit a jumper that sparked a 14-6 run which helped win the game. James scored six of his eight fourth-quarter points in that final surge, part of a double-double night in which he tallied 32 points and grabbed 13 rebounds. In addition, he handed out seven assists.

The clutch victory helped even the best-of-seven series at two games apiece with the pivotal Game 5 set for Quicken Loans Arena on Wednesday night.