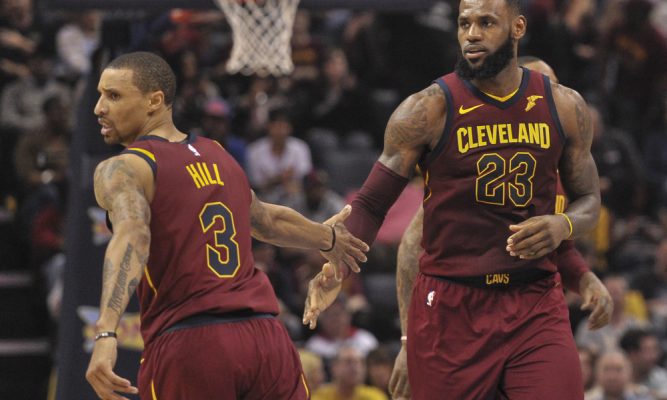 When the Cleveland Cavaliers acquired four new players on Feb. 8, the process of integrating them into the lineup had begun. A key part of that process involved getting used to playing with LeBron James, which one of the newcomers, George Hill, believes is beginning to take place, specifically connected to passing the ball.

“I mean definitely so,” Hill said. “Earlier in the year, when he would make the pass, we were hesitant to like pass it back or things like that and I think you’re starting to see guys get more comfortable when he does pass it. Being more aggressive with it, either shooting or driving. Just playing the game the right way.”

In his first few weeks with the Cavaliers, the 31-year-old Hill struggled with inconsistent play while getting adjusted to his new surroundings. However, the point guard has put up impressive numbers in his past three games, averaging 15.3 points while shooting 70.3 percent (19-of-27) from the field.

Hill was acquired to provide veteran leadership and has 83 games worth of playoff experience to offer the Cavaliers as they seek to reach the NBA Finals for a fourth year in a row.