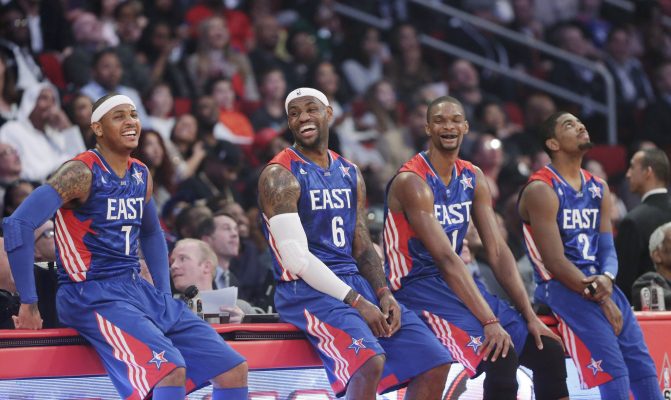 On Thursday it was announced that LeBron James had received the most votes for the 2018 NBA All-Star Game. Under the new All-Star Game format, James has earned the No. 1 pick as one of the team’s captains.

Stephen Curry, the other team captain, discussed the type of approach he might take as far as picking his roster:

“I may just have to go pick all guards, get the shortest team possible, have some fun with it.”

James, on the other hand, was all business. He spoke with reporters after the Cleveland Cavaliers‘ win over the Orlando Magic, to talk about how he plans to pick his team.

“I’m trying to win,” James said. “This is the reason they did this format to make it very competitive,” James said. “The All-Star game hasn’t been what it should be the last few years. I’m going to take it upon myself and obviously the rest of the guys to go out there and play the game the right way and compete. Our fans deserve it.”

He would not reveal, however, who he plans to take first overall.

“I’m not telling you,” the four-time NBA MVP said.

James is known as a top-tier competitor and his approach to picking his team reflects that. Given the Cavs’ recent struggles, and the fact that James and company are 0-2 this season against Curry’s Warriors likely gives James that much more fuel to try to get the win in the All-Star matchup.