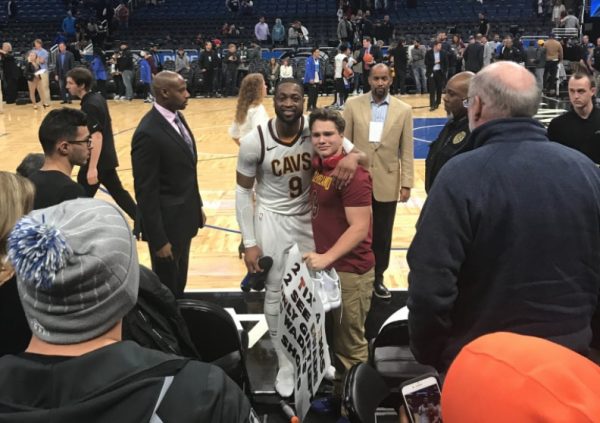 The fan support received by Cleveland Cavaliers veteran guard Dwyane Wade has primarily been focused during his 15-year career in Miami, Chicago and Cleveland, the three cities he’s called home during that memorable stretch of time. On Saturday night, Wade made sure that a longtime fan in Orlando was rewarded for his support by giving the fan the sneakers he wore during the Cavaliers’ 131-127 victory.

The circumstances surrounding Wade’s gesture were later explained via social media, including a photo of the autographed sneakers:

The Cavaliers have three more games away from home on this current road trip. Whether or not fans in Minnesota, Toronto and Indiana are equally devoted to Wade remains to be seen, though it’s apparent that the Orlando fan’s support will be hard to top.