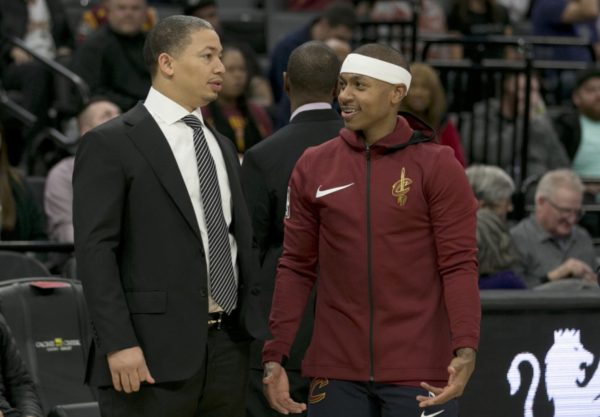 Isaiah Thomas is just minutes away from his Cleveland Cavaliers debut and Cavs head coach Tyronn Lue already knows how he’s going to use his All-Star point guard during his first game back.

Lue spoke with members of the press on Monday to discuss what we can expect in Thomas’ first game back.

“I think a guy who plays with pace and gets into the paint. Can score in bunches,” Lue said. “When Bron (LeBron James) gets tired, or not having a great game you got another guy you can get the ball in his hands and he can create and make plays. So we’re excited about that.”

The entire organization has been buzzing with excitement since it was revealed that Thomas is ready to make his 2017-18 debut. Just as Lue explained, the 5-foot-9 guard gives the Cavs one more weapon to utilize against opposing teams and offers something of an insurance policy if James should ever have an uncharacteristically poor night.

It remains a mystery when Thomas will be able to get back to his 33.8 minutes per game average from last season. Still, the news of his return is the best way the Cavs could start out the new year. In the coming weeks and months we will finally discover just how special this year’s team can truly be.